In what can be heralded as a major development for the Police, the North East Team of Nand Nagri Police arrested a female bootlegger and recovered 20 cartons and 180 Quarter Bottles. 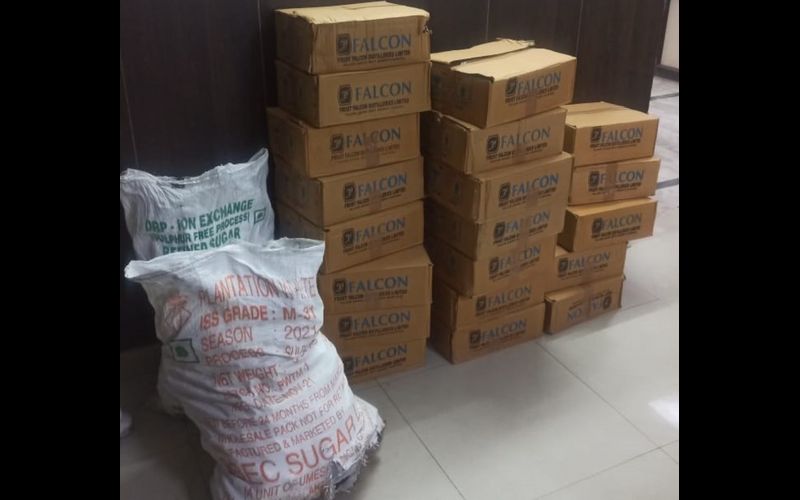 New Delhi: In a major development, the North East Team of Nand Nagri Police arrested a female bootlegger and recovered 20 cartons and 180 Quarter Bottles stacked in a Gunny Bag marked as Sale in Haryana Only. The accused is kept anonymous and is aged 42.

According to Sanjay Kumar Sain, Dy. Commissioner of Police, North-East District, New Delhi, “On the 20th of March, secret information regarding storage of illicit liquor was received at PS Nand Nagri. On the instruction of Senior Officers, a police team comprising SI Bintu and SI Ankur, and W/ Const Swati under the supervision of SHO/Nand Nagri conducted a raid at a house in the area of Sunder Nagri.

He further added, “During the search, 20 cartoons containing 50 quarter bottles each were recovered from the 1st floor, and 180 quarter bottles stacked in 2 white plastic gunny bags were recovered from the ground. Accordingly, a case vides FIR No. 367/22 u/s-33 excise act, PS Nand Nagri, Delhi was registered and the owner of the building was apprehended. Sincere efforts are being made to trace the source. The Police have mentioned that further investigation is under process.