In a major development, the North East Team of Harsh Vihar Police arrested a Notorious Drug Peddler from Galpara, Assam. The accused has been identified as Nadeem (38). 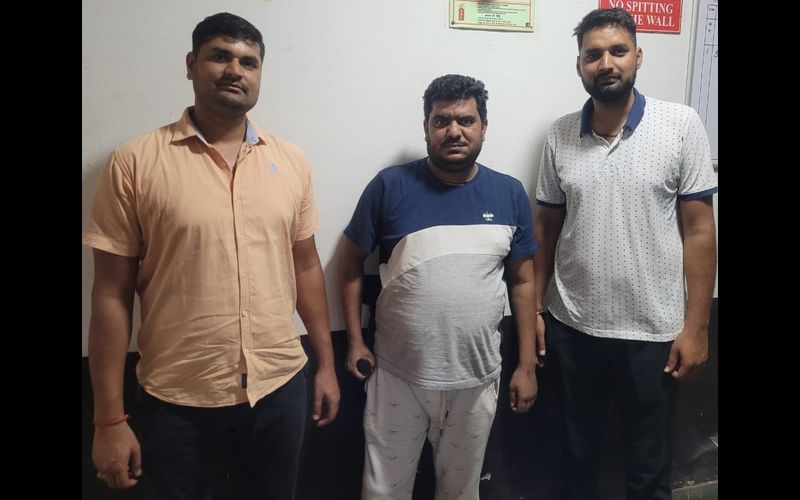 In a major development, the North East Team of Harsh Vihar Police arrested a Notorious Drug Peddler from Galpara, Assam. The accused has been identified as Nadeem (38).

According to Sanjay Kumar Sain, the Dy Commissioner of Police, North-East District, New Delhi, “Secret information regarding, an absconding notorious drug peddler Nadeem (38) was received at PS Harsh Vihar. The same was developed and verified through reliable sources.

Mr. Sain further added, "During the verification process it surfaced that Nadeem is a Narcotics Peddler, Supplier, and declared proclaimed offender by the Court of Ms. Nilofer Abida Praveen, ASJ/CENTRAL NDPS/TIS Hazari Delhi, in case FIR No- 165/18, under 21/29 NDPS Act PS- Crime Branch, Delhi. He was at large for about 3 years and he used to change his locations frequently to save himself."

Through technical surveillance, a police team comprising SI Sudhir Kumar, HC Sachin Rana, HC Shailender, and HC Subhash under the supervision of SHO/Harsh Vihar, located in Nadeem in Assam. A police team reached Guwahati and through local networks, his presence was established in the area of Golpara. Accordingly, a trap was laid on the 12th of June in coordination with local police, and Nadeem was arrested from the area of Golpara, Assam.

He was brought to Delhi after completing all necessary legal formalities and on reaching Delhi he was produced in the Hon`ble Court.