In a major development, the North East Team of Gokulpuri Police recovered a huge quantity of cannabis and apprehended a Drug Peddler. 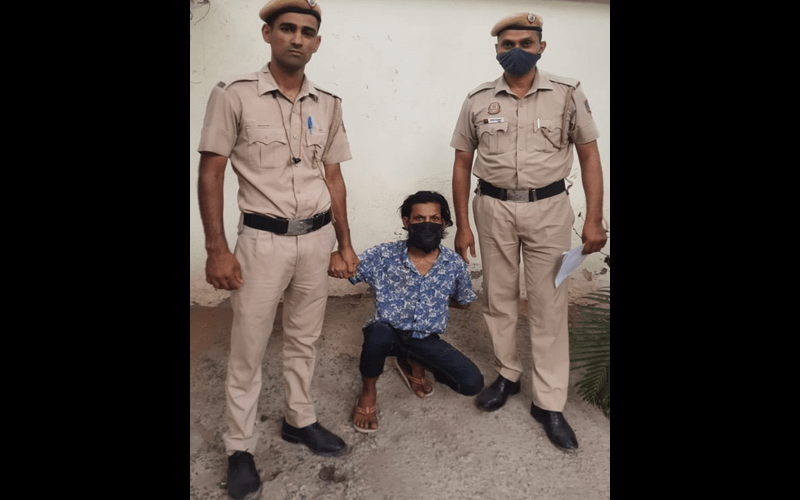 In a major development, the North East Team of Gokulpuri Police recovered a huge quantity of cannabis amounting to 1190 Grams and apprehended a Drug Peddler. The accused has been identified as Mohd Irfan (24) who worked as a Tailor.

According to Sanjay Kumar Sain, Dy. Commissioner of Police, North-East District, New Delhi, “In view of information about selling of drug/contraband articles, a strict vigil was being kept in the area of Gokul Puri. On the 12th of March, secret information about the delivery of contraband articles consignment was received at PS Gokul Puri. The same was developed and on the directions of senior officers a police team comprising ASI Somendra, Const. Vipin and Const. Manish under the supervision of SHO Gokul Puri laid a trap behind Gokulpuri Shochalya, A- Block, Gokul Puri.

He further added, “At around 10:00 PM a police team noticed a suspicious person carrying a green color cloth bag and stopped. In the instance of an informer, he was held up by a police team and questioned regarding the content of his bag to which he could not reply satisfactorily and tried to bluff the police team. During the search, white polythene containing cannabis was recovered from his possession. On weighing, it was found to be 1190 Gms. The accused was identified as Mohd Irfan (24).”

Accordingly, a case vides FIR No. FIR No 216/2022 dated 13.05.2022 u/s 20/61/85 NDPS Act, PS-Gokul Puri, Delhi was registered and an investigation was taken up. During the course of the investigation, he disclosed that he used to get cannabis from a person namely Shoaib and he further sells it in small quantities in the local area of North East District and UP. Efforts are on to nab Shoaib. According to the Police, further investigation in the case is in progress.”