In a major development for the North-East District of the Delhi Police, three key members including a female have been arrested. Reportedly, these members used to cheat people on the pretext of providing foreign currency at half prices. 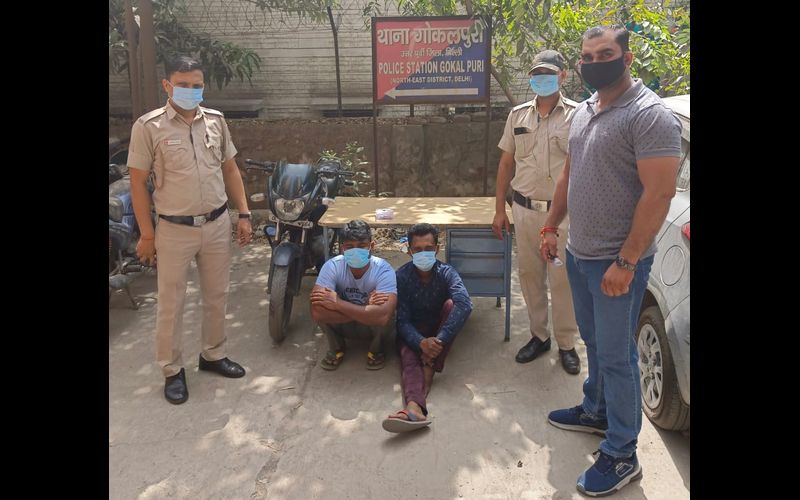 New Delhi: In a major development for the North-East District of the Delhi Police, three key members including a female have been arrested. Reportedly, these members used to cheat people on the pretext of providing foreign currency at half prices. The Police have recovered cash worth Rupees 45,000 and a Motorcycle that was used in the commission of the crime. The accused have been identified as Jamaal (41), Nahid Sheikh (41), who was later found to have previous criminal records, and the accused woman, 40, has been kept anonymous.

According to Sanjay Kumar Sain, Dy. Commissioner of Police, North-East District, New Delhi, “On the 20th of March, a complaint regarding cheating on the pretext of providing US Dollars at half the market price was reported at PS Gokalpuri, vide which the complainant Imran of New Seema Puri, Delhi stated that he drives an e-Rickshaw for his livelihood. He further added that one person was providing US Dollars at half the market cost.”

Since the complainant had previously worked in a gulf country and was aware of the value of US dollars. To eliminate his poor financial conditions, he decided to buy the foreign currency and arranged Rs. 1 lac. During the deal, the complainant was asked to reach Loni Gole Chakker but at the last movement, he was directed to reach near the Public Toilet complex at Gokulpuri, where one male and one female exchanged a bundle in a bag for cash Rs. 100,000/-. After which both of them left with their third associate waiting on a motorcycle nearby. However, when the complainant opened the bag he found a bundle of newspapers, cut into the shape of currency notes. Accordingly, on his complaint, a case vides FIR No. 194/2022 under the sections 420/34 of the IPC, PS Gokalpuri, Delhi was registered and an investigation was taken up.

A police team comprising ASI Somender Singh, Const. Rohit, Const. Vipin and Const. Pushkar under the supervision of SHO/Gokalpuri scanned and analyzed the CCTV footage of the vicinity. After thorough scanning, a police team zeroed in on a suspected motorcycle and a screenshot of the same was circulated within social media groups for identification. On the basis of secret information about a person on a motorcycle, Bajaj Pulsar was apprehended by Loni Gole Chakker. His identity was established as Jamaal (41). On examination, he confessed to his crime and revealed that he along with his wife and one more associate committed the crime in the direction of a person whom he knows as Kahana Jaleel aka Mahajan. In his instance, the raid was conducted and his associate namely Mohd. Nahid Shaikh, 33, was arrested from the area of Janta Flats, GTB Enclave.

They worked for one Kahana Jaleel aka Mahajan, who is the kingpin and operates the gang for cheating in the name of providing Foreign Currency at half the market price.

There are many members working for him in different groups. He assigns different tasks to each group of the gang. One group used to find and allure the people in need of quick money. The other group used to convince those people, while the third group used to deliver the bundle of paper cutting etc., and receive the cheated money. According to the Police, sincere efforts are on to gather more information about Kahana Jaleel aka Mahajan, and to nab him. Further investigation of the case is in progress.