North East Team of Bhajanpura Police recovers a Stolen Scooty used in the Commission of Crime, Apprehends the Accused Snatcher

In a major development, the North East Team of Bhajanpura Police recovered a snatched mobile phone and apprehended the accused 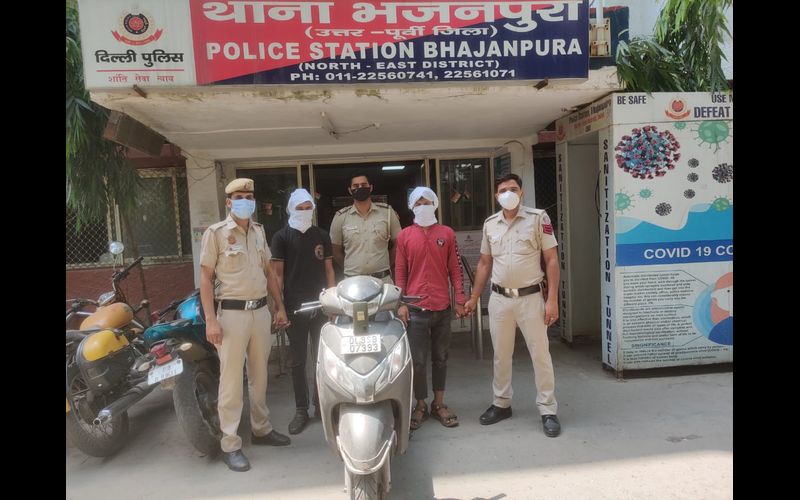 New Delhi: In a major development, the North East Team of Bhajanpura Police recovered a snatched mobile phone and apprehended the accused, who have been identified as Aslam Khan (23), Sameer (18), and another underaged accused (17) identity has been kept anonymous. The vigilant Police ensured that the accused were apprehended at the earliest.

According to Sanjay Kumar Sain, the Dy. Commissioner of Police, North-East District, New Delhi, “On the 25th of March, an incident of snatching were reported at PS-Bhajanpura, Delhi in which complainant Priyanka stated that at about 3.45 PM her mobile phone had been snatched by two boys on Scooty at C-12 Road in front of Hanuman Vatika Yamuna Vihar, Delhi. Accordingly, a case vides FIR No. 361/22 dated 25.04.22 u/s 356/379/34 IPC, PS-Bhajanpura, Delhi was registered and an investigation was taken up.”

Mr. Sain further added, “ During the investigation a police team comprising SI Akash, HC Krishan, and Const. Arun scanned and analyzed the CCTV cameras and chased the trail of the culprits. On checking in one of the CCTV cameras it was found that two boys on an Activa Scooty were seen escaping after snatching a mobile phone. Then, on the 27th of March, based on the Secret Information, the Police Team started checking vehicles near Bhagat Singh Park. While doing so, at about 1 AM, three persons on a Scooty were noticed. Police staff signaled them to stop for the check but the rider tried to speed up and tried to escape by riding in a zig-zag manner but the alert police team nabbed all three persons. The Police got a hold of them and the Scooty was found to be stolen. The Police apprehended all the three accused.”

On sustained interrogation, Aslam Khan and Sameer confessed to snatching the mobile phone from a girl on 25.04.22 and also revealed their involvements in other cases also. Further investigation of the case is in progress.