In a major development, with the relentless efforts of the North East Team of Bhajanpura Police, and Special Staff arrested an accused involved in the case of Child Abuse inside the School Premises. 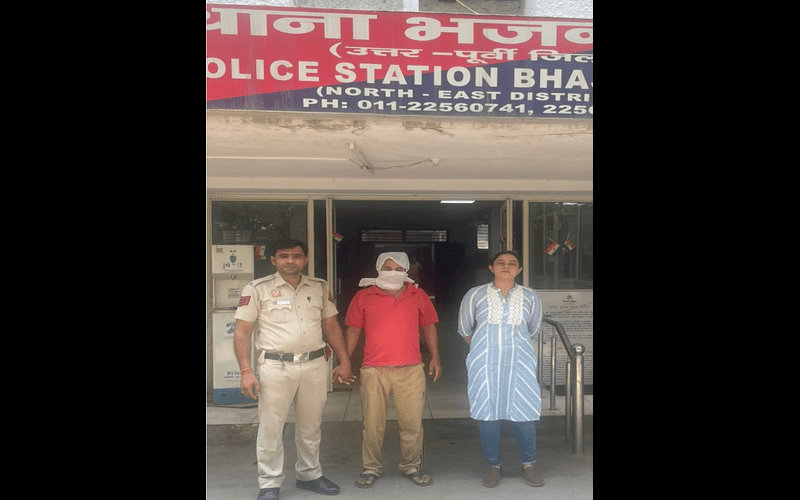 According to Sanjay Kumar Sain, Dy. Commissioner of Police, North-East District, “On the 1st of March, 2022, an incident of child abuse were reported in PS Bhajanpura. The complainant narrated that the victim is a student of class 4th in EDMC School, Yamuna Vihar, Delhi. The complaint further read, on the 30th of April, 2022, after the prayer, when the student along with other students was present in the classroom, one middle-aged person entered, who indecently behaved with her and another girl and fled the spot. Immediately, a case u/s 354/354A/509 IPC & 12/21 POCSO ACT, PS Bhajanpura, Delhi was registered and an investigation was taken up. Assessing the gravity of the offense, a team of Spl. Staff/ NED was also roped in the investigation.”

Sain further added, “ During the course of the investigation, multiple teams were formed under the supervision of Sh. A. Venkatesh, ACP/Bhajanpura, and assigned different tasks. On initial investigation, No CCTV camera was found installed in or outside of the school premises. On the basis of the description provided by the complainant, a sketch of the culprit was drawn and circulated for identification. CCTV footage of the cameras installed in the vicinity was thoroughly scanned and analyzed by the police team. Several persons were interrogated at length by the police team to retrieve any clues.

On the basis of local inquiries, a suspected local person was zeroed-in, whose description was matching with the details provided by the complainant. The lead was developed and a manhunt in the area was conducted.

Thereafter, on the 6th of May, information about the presence of the suspected zeroed-in person was received through a reliable source. Immediately, a police team comprising, SI Akhil Chaudhary (Spl. Staff), W/SI Gunjan, and HC Ashwani carried out a search operation and at about 04:30 PM on the instance of the informer, the culprit was nabbed from the area of C-Block, Yamuna Vihar, Delhi. During a cursory search, one mobile phone was recovered from his possession. On checking the mobile phone was found to contain pornographic videos.