In a major development, the North East Team of Seelampur Police arrested criminals involved in a firing incident and recovered a country-made pistol, cartridges, and a motorcycle used in the crime. 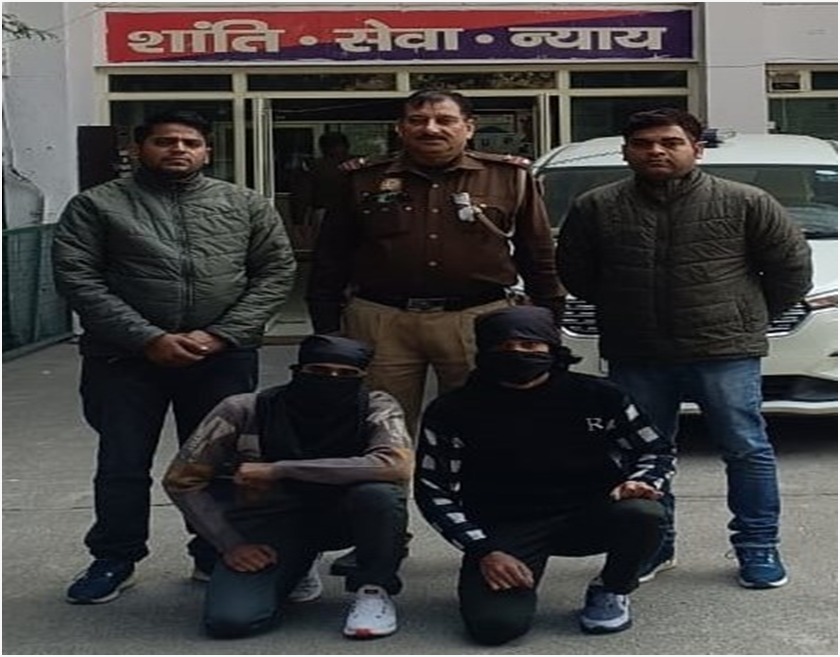 In what could be heralded as a major development against crime in the national capital, the North East Team of Seelampur Police arrested criminals involved in a firing incident and recovered a country-made pistol, cartridges, and a motorcycle used in the crime. The accused have been identified as Amanat and Abdullah ( both 22).

As per Sanjay Kumar Sain, Dy. Commissioner Of Police, North East District, Delhi, “On the 5th of December, at about 03:30 PM a firing incident was reported in the Gautampuri area under the jurisdiction of PS Seelampur, Delhi. Immediately police team reached the spot and enquired about the incident, where it was found that three persons came on a motorcycle and fired in front of a man's house named Mohd. Junaid.

On inspection of the scene of the crime, two empty cases, and a knife`s cover were recovered. One bullet mark was found on the wall of the house and another on the lower portion of the balcony. FSL and Crime Team were called on the spot for inspection and collection of evidence.

Accordingly, a case inSeelampur, Delhi was registered and an investigation was taken up.

During the course of the investigation, a police team composed of ASI Rajesh Gaur, HC Jaivir, HC Navneesh, and Const. Manish under the supervision of SHO/Seelampur, Satvinder Singh Rana, Delhi analyzed CCTV footage of the vicinity to ascertain the identity of the culprits. Local human intelligence was also gathered by the team. On the basis of CCTV Footage, definite clues surfaced about the persons involved in the firing.

Then, on the very next day, on the basis of secret information a raid was conducted at K-Block Seelampur and two persons namely Amanat and Abdulla were apprehended and interrogated.

On interrogation, they confessed to their crime and disclosed that on the 5th of December, Abdulla went to the barber shop of Junaid and waited for his turn for a haircut but after waiting for almost 30 minutes, the owner of the shop bypassed his turn.

Abdulla objected to that which led to an argument between them where Mohd. Junaid abused and thrashed him. Abdulla left the place and returned back with his friends namely Amanat and Zaid and they fired three bullets at the house of Junaid to teach him a lesson.

On checking of antecedents, it is found that Amanat had been involved in a case of Arms Act of PS Jafrabad in the year 2022. The motorcycle used in the commission of the crime was found registered in the name of Ansar, father of Sultan, a friend of Abdulla. Further investigation of the case is in progress. Sincere efforts are on to nab the absconding Zaid, who’s also an accomplice.