Seelampur police station in North-East Delhi has once again lived up to its track record of efficient surveillance and praiseworthy teamwork. 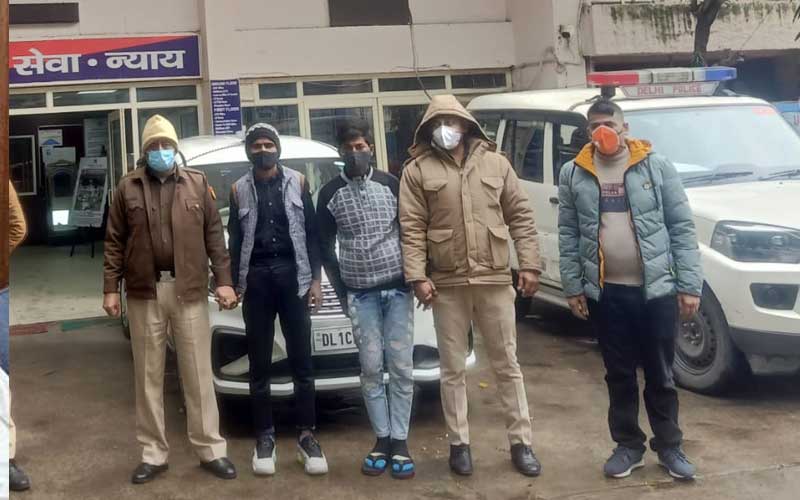 Seelampur police station in North-East Delhi has once again lived up to its track record of efficient surveillance and praiseworthy teamwork. Its investigators have not only solved a robbery case within a record time but also nabbed two people who were behind the crime.

The police station received a call at 5:30 in the morning on January 7 when the caller complained of a house robbery. The case was entrusted to sub-inspector Shailendra Tiwari.

“The caller, Shamsha, wife of late Saleemuddin and resident of Gautampuri in Seelampur, stated that one unknown person entered her house after breaking the roof door,” Manoj Kumar Sharma, SHO, Seelampur, said.

He added,” He looted her gold Jewellery, Rs 50,000 cash, one mobile handset of Samsung brand and her Scooty having registration number DLSSCD2495. He threatened her with dire consequences by showing industrial scissors.”

Subsequently, on the statement of the complainant, an FIR was lodged and an investigation was taken up. Shailendra Tiwari constituted a team with ASI Vikram Sharma and three constables Jaiveer, Navneesh and Nitin to initiate the investigation.

“During the investigation, the CCTV footages installed near the place of the incident were checked and secret informers were deployed to collect the clues. With the help of technical surveillance, suspects were identified as Bhola and Shoib as both were habitual offenders. Both were apprehended from Ghaas Mandi in Seelampur,” Sanjay Kumar Sain, DCP, North-East Delhi, said.