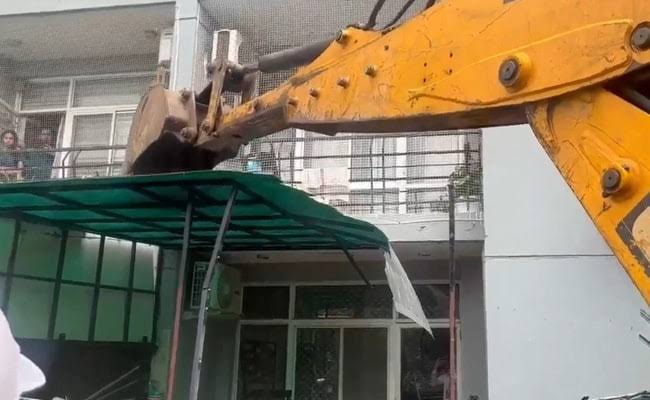 The Allahabad High Court has stayed the demolition action of the Authority against illegal construction and encroachment in Grand Omaxe Society of Noida. This ban has been imposed till 20th of next month. Earlier on Friday, the Noida Authority had removed illegal construction and encroachment from the front of several flats in Grand Omaxe Society. The people living in the society also opposed this action of the authority.

During a conversation a woman living in the society said that we are only demanding that we will be given 10 days time to remove the encroachment. We want to resolve this entire issue legally. The people living here do not even know when the bulldozers will run. It is not known when the authority came, when the videos went away. The authority should have been given notice before taking any action. There is nothing illegal in this society. The people of the society have put a sheet on a temporary basis. This sheet has been lying around for ten years.