Nobel Prize in Chemistry to 3 scientists, One of them a woman, Literature category announced tomorrow

The Royal Swedish Academy of Sciences has decided to award the 2022 #NobelPrize in Chemistry to Carolyn R. Bertozzi, Morten Meldal and K. Barry Sharpless “for the development of click chemistry and bioorthogonal chemistry.” 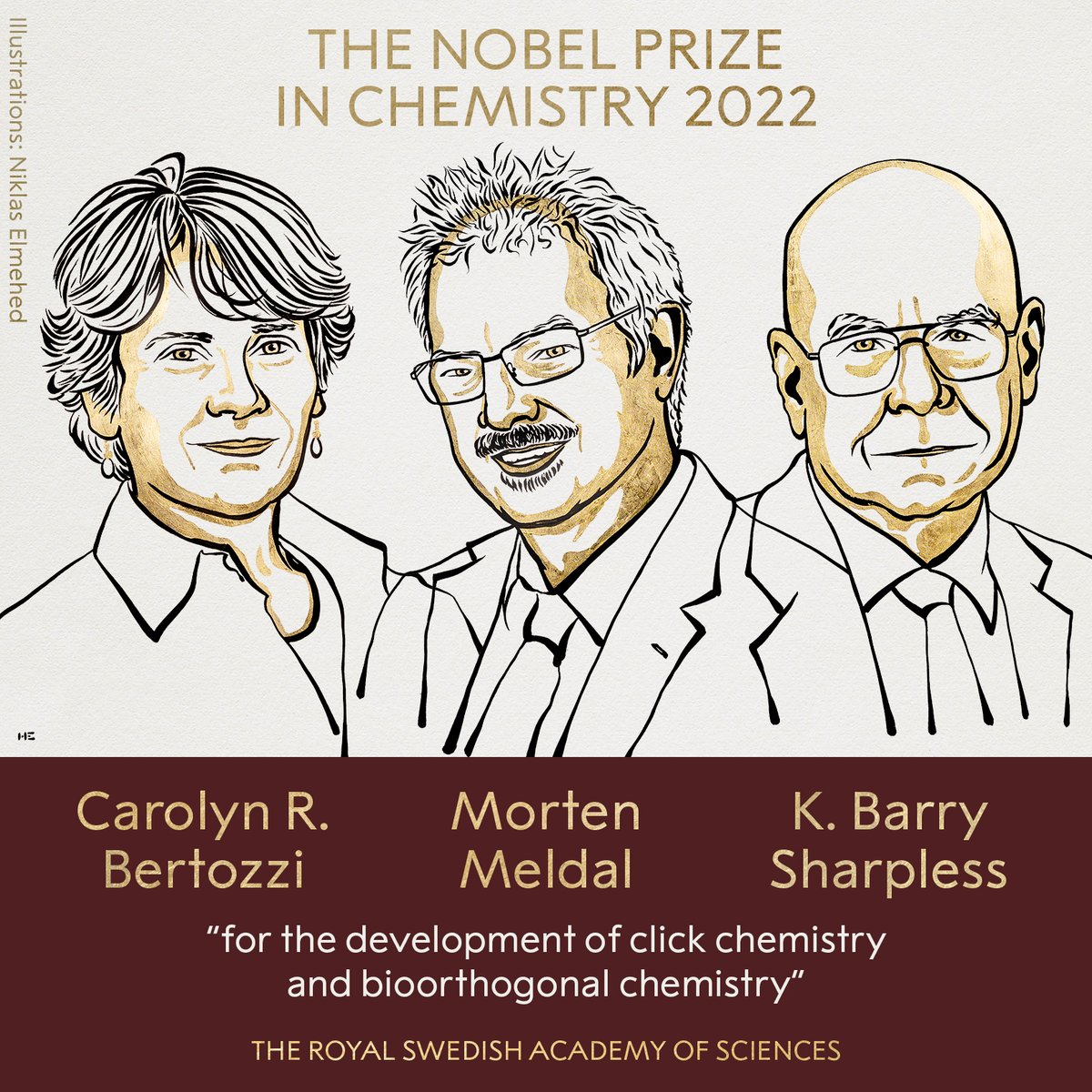 Today is the third day of Nobel Prize Week 2022 in Stockholm, Sweden. The Nobel Prize in Chemistry was announced today. This award is being given to three scientists. Their names are – Caroline Betrozzi (USA), Morten Medel (Denmark) and Berry Sharpless (USA). Sharpless, 81, received the award in 2001 along with two other scientists.

According to the Nobel Committee, these scientists have given a new dimension to click chemistry. Apart from this, their research in bioorthogonal chemistry will open new avenues for medicine in the future. Nobel Week will continue till October 10. There are total 6 prize announcements in 7 days. Lastly, on October 10, the economics category prize will be announced.

This week only the names of the person or institution who won the award will be announced. Prizes will be given to them in December. The winners of 2020 and 2021 could not reach Stockholm due to Kovid. This time the committee has also invited the winners of these two years to Stockholm.

The Peace Prize is awarded in Norway, while all other categories of prizes are awarded in Stockholm. On Monday, the Nobel of Medicine was announced to be awarded to Savante Pabo of Sweden. The Nobel Prize in Physics was announced on Tuesday.