Nobel Peace Laureate Kailash Satyarthi has appealed urgent passage of Anti -Trafficking bill in the monsoon session of the parliament.

The existing bill has expanded definition of trafficking and victim and covers new forms of aggravated trafficking for the purpose of forced or bonded labour, debt bondage, slavery, servitude, sexual exploitation, bio-medical research or trials, carrying out unlawful activities in places such as placement agencies, massage parlours, spas, 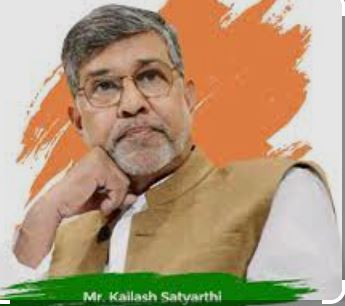 Kalish Satyarthi's demands comes at a right time, it may gain diplomatic and political gain in the process

In the light of the alarming rise in cases of trafficking and forced labour in the country due to further impoverishment of poor families, Nobel Peace Laureate Kailash Satyarthi has demanded urgent passage of Anti- Trafficking Bill in the upcoming monsoon session of the Parliament without further delay.

The passage of the bill through both the Houses of the Parliament will be fulfilment of the demand of 12 Lakh Indians who marched across 22 states and 12000 kms demanding a strong law against trafficking along with Mr. Satyarthi in 2017.

To voice their support for the demand of Mr. Satyarthi several activists, members of the civil society organisations and survivor leaders will be reaching out to Parliamentarians of their respective states soon.

The current pandemic has led to an aggravation of the vulnerabilities of the marginalised children in India. They are now much more prone to various kinds of exploitation especially trafficking and child labour. Bachpan Bachao Andolan, a sister organization of KSCF has rescued more than 9000 trafficked children and 260 traffickers from trains, buses and factories along with law-enforcement agencies since the beginning of the pandemic from across the entire country. Children have thus become the biggest victim of the pandemic with the trafficking of children becoming much more rampant.

As per the Crime in India 2019 Report published by the NCRB the total number of child victims of trafficking is going up year on year. It increased from 2,837 in 2018 to 2,914 in 2019, registering a growth of 2.8%. The top six states reporting child trafficking were Rajasthan, Delhi, Bihar, Odisha and Kerala and Madhya Pradesh.

Speaking about importance of the Bill, Mr. Satyarthi said, “A strong anti-trafficking law is the moral and constitutional responsibility of our elected leaders, and a necessary step toward nation-building and economic progress."

"As long as children are bought and sold at lesser cost than cattle, no country can call itself civilised. COVID-19 has caused a rise in trafficking, especially of women and children. We cannot take this lightly. A law for prevention, timely investigation, punishment for traffickers, and the protection and rehabilitation of survivors is a matter of urgency. I call on all Parliamentarians to pass a strong & comprehensive anti-trafficking law in the upcoming session of Parliament. Our children, their freedom and dignity cannot wait.”

The existing bill has expanded definition of trafficking and victim and covers new forms of aggravated trafficking for the purpose of forced or bonded labour, debt bondage, slavery, servitude, sexual exploitation, bio-medical research or trials, carrying out unlawful activities in places such as placement agencies, massage parlours, spas, travel agencies, circus, etc. The bill also provides stringent punishment for the offences of trafficking of women, or children, or transgenders under institutional care.

The existing bill also ensures immediate monetary relief and compensation. Under the Bill, the designated court is entrusted the duty to record the statement of the victim through video conferencing, especially in case of trans border and inter-State crimes where the victim has been repatriated to any other State or country and is unable to appear before the court for the reasons of safety or confidentiality.

In 2018, the then Union Cabinet Minister for Women and Child Development Ms. Maneka Gandhi presented The Trafficking of Persons (Prevention, Protection and Rehabilitation) Bill, 2018. The Bill was passed in the Lok Sabha.

However, the Bill was never tabled in Rajya Sabha and it lapsed with the dissolution of the last parliament.