The decision was made two years ago, on Easter Sunday, following a series of coordinated terror attacks on hotels and churches. 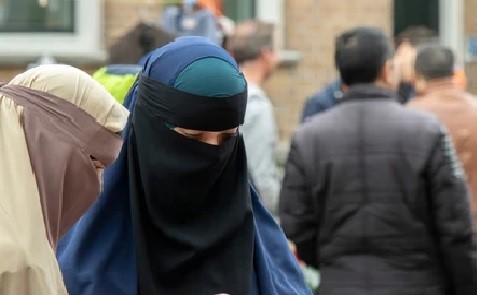 The Sri Lankan Cabinet accepted a contentious proposal on Tuesday to prohibit all forms of face coverings in public areas, stating a potential risk to national security

The decision came just weeks after the Minister of Public Security Sarath Weerasekara penned a note in March requesting Cabinet approval to ban burqas, which are outer garments that cover the body and face worn by some Muslim women.

The Cabinet has agreed to prohibit all sorts of face coverings in public places, Cabinet spokesperson and information minister Keheliya Rambukwella said here, without citing burqas.

He stated that the decision was made two years ago on Easter Sunday, following a series of coordinated terror attacks on hotels and churches.

“All forms of face-covering pose a threat to national security,” he said. Wearing face masks to fight COVID-19 is permitted. The full-face covering would automatically include a burqa and niqab.

The proposal must now be ratified by Parliament in order to become law. Last month, Pakistan's High Commissioner to Sri Lanka, Ambassador Saad Khattak, opposed the move to ban the wearing of burqas in the nation, saying such "divisive measures" in the name of protection would not only harm Muslims' feelings but will also strengthen wider apprehensions about the fundamental human rights of minorities in the island nation.

Meanwhile, Weerasekera announced on Facebook that the Cabinet has accepted a plan to prohibit all face coverings, including the burqa.

“I sought permission to propose a law for full-face covering adhering to quarantine law, that means there would be no prohibition to wear face masks to avoid the COVID-19 virus,” he quoted.

Following the Easter Sunday attacks, in which nine suicide bombers from the local Islamist extremist group National Thawheed Jamaat (NTJ) carried out a series of blasts that tore through three churches and as many luxury hotels, killing 270 people, including 11 Indians, and injuring hundreds more, the Buddhist-majority country temporarily banned the wearing of burqas under emergency regulations in 2019.