Amidst the Bihar Political Turmoil, Bihar Chief Minister Nitish Kumar on Tuesday submitted his resignation to Governor Phagu Chauhan. A tussle has been going on between the ruling alliance of NDA and JD(U), 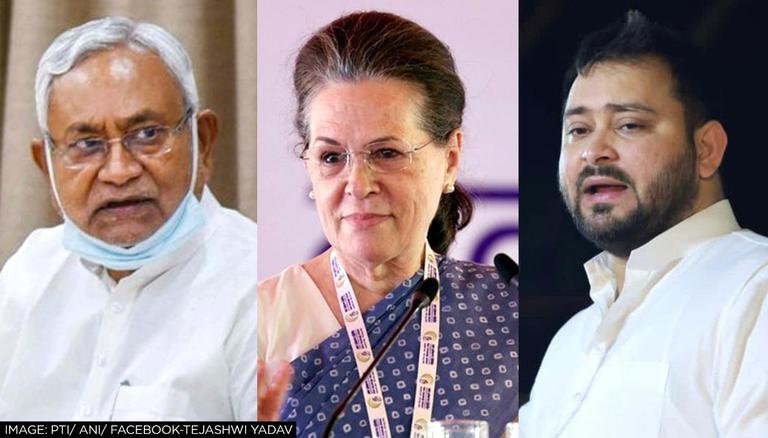 Nitish Kumar will take oath as the Chief Minister once again at 2 pm on Wednesday after the BJP-JDU alliance in Bihar broke. The Deputy Chief Minister will also take an oath with him. Tejashwi Yadav's name is in discussion for this. However, earlier there was news of taking oath at 4 pm. Before the oath, Nitish Kumar spoke to Congress interim president Sonia Gandhi and Rahul Gandhi over the phone.

Earlier, on Tuesday evening, Nitish had submitted a letter of support of 164 MLAs of 7 parties to Governor Fagu Chauhan. Tejashwi Yadav was also present with him in the Raj Bhavan. After presenting their claim to form the government, both of them held a press conference in the Raj Bhavan itself. Tejashwi said- BJP has no alliance partner, history shows that BJP destroys the parties with which it allies. We saw what happened in Punjab and Maharashtra.

CM Nitish Kumar submitted his resignation to Governor Fagu Chauhan at 4 pm on Tuesday. At that time Nitish had staked claim to form the government, saying the support of 160 MLAs. After this, he reached Rabri Devi's residence, where he was elected the leader of the Grand Alliance. Here Jitan Ram Manjhi's party HAM also joined Nitish. He has 4 MLAs. After this Nitish and Tejashwi once again met the Governor.

BJP leader Ravi Shankar Prasad held a press conference on Tuesday evening and accused Nitish Kumar of cheating. Prasad asked- Why was Nitish with the BJP in 2020? After this, they came together in 2017 also. He also fought the Lok Sabha elections in 2019 and the assembly elections in 2020. Now, what happened that we got spoiled? The BJP also called a meeting of the core group on Tuesday evening itself.