Nitish Kumar Oath Ceremony: The swearing-in of the new government of the Grand Alliance in Bihar today, Tejashwi Yadav will be the Deputy CM

This coalition is supported by an independent. At the same time, Tejashwi Yadav will take oath as the Deputy Chief Minister for the second time. 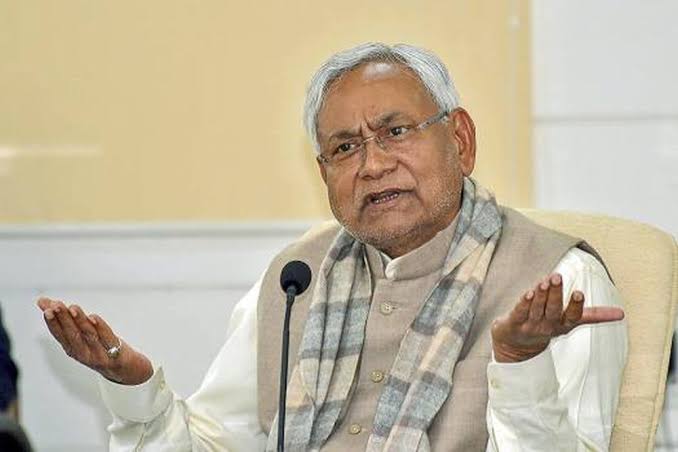 The new government of the Grand Alliance in Bihar will be sworn in tomorrow at 2 pm on Wednesday. Senior JDU leader Nitish Kumar will take oath as Chief Minister and RJD leader Tejashwi Yadav as Deputy Chief Minister. According to sources, both the leaders will take oath in a simple ceremony at Raj Bhavan at 2 pm.

Nitish Kumar's JDU and Tejashwi's RJD sources said more ministers would be included in the two-member cabinet later. Nitish Kumar will take oath as the Chief Minister for the 8th time leaving the BJP-led NDA. He will lead a coalition of seven parties. This coalition is supported by an independent. At the same time, Tejashwi Yadav will take oath as the Deputy Chief Minister for the second time.

Significantly, in the rapidly changing political developments in Bihar on Tuesday, Nitish Kumar met Governor Fagu Chauhan twice. Nitish first tendered his resignation as chief minister of the NDA government and then staked his claim for the top post in the state once again after being elected leader of the RJD-led grand alliance. Nitish said that he has submitted a list of 164 MLAs to the Governor. Present strength of MLAs in Bihar Legislative Assembly is 242 and 122 MLAs are required for majority.

At the same time, Bihar Pradesh BJP President Sanjay Jaiswal accused Nitish Kumar of betraying the mandate of the 2020 assembly elections and claimed that the people of Bihar would punish Nitish for this. This move of Nitish Kumar is the reverse of what happened in 2017, when he left the Grand Alliance and rejoined the NDA. Nitish left the ally BJP for the second time in nine years. He left the NDA in 2013 after Narendra Modi was made the alliance's prime ministerial candidate.