Nitish Kumar made it clear his intention after reaching Delhi , the Chief Minister was taking full vigil on the particular agenda.

Nitish Kumar met Delhi Chief Minister Arvind Kejriwal over lunch. Under this campaign, Nitish Kumar is also engaged in reviving his old relationships. He has given this message by visiting Gurugram and meeting former Haryana Chief Minister Om Prakash Chautala. 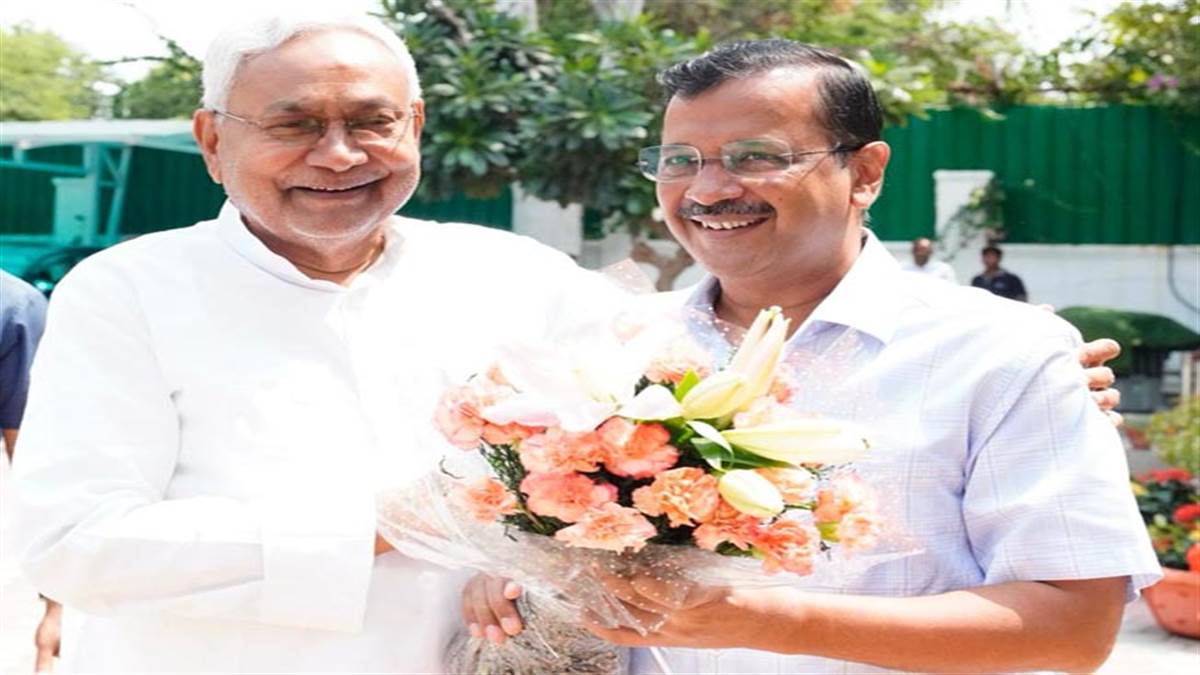 Chief Minister Nitish Kumar was careful about the core of his particular agenda. He was focusing only on the unity of the opposition. He is talking to the opposition parties who are opposing each other with equal sentiment. Stepping into Delhi, he clearly said that he is not at all in the race for the post of PM. In the National Executive meeting of JDU, Nitish Kumar was authorized to unite the opposition at the national level.

Earlier, during the program in Patna with Telangana Chief Minister KCR, he had spoken about the unity of the opposition in a new way. KCR was talking about Third Front, but Nitish Kumar talked about Main Front. KCR talks of distance from the Congress, while in the National Council of JDU it was said that without the Congress and the Left parties, a meaningful alternative against the BJP is not possible. It is obvious that Nitish is increasing every step with utmost caution and keeping in mind the past developments.

When Nitish Kumar started his campaign for the unity of the opposition during his stay in Delhi, he first went to meet Kumaraswamy and Rahul Gandhi of Karnataka's party JDS. A clear message went out that even though he is talking about the unity of the opposition with KCR, the Congress holds special importance for him. He also took care of the importance of regional parties.

The next day, Sitaram met Yechury and D Raja to make it clear what was the importance of the Left parties to them. The message has gone out to Mamata Banerjee. His close association with the BJP's arch rival Aam Aadmi Party in Delhi has been in the news in the past as well. This time as part of the opposition's solidarity campaign, Nitish Kumar met Delhi Chief Minister Arvind Kejriwal over lunch. Under this campaign, Nitish Kumar is also engaged in reviving his old relationships. He has given this message by visiting Gurugram and meeting former Haryana Chief Minister Om Prakash Chautala.