Nisha Rawal Opens Up On Divorce With Karan Mehra: 'I Don't Want Any Alimony'

Nisha Rawal has revealed the reason why she doesn’t want any alimony from estranged husband Karan Mehra. She also talks about their son Kavish. 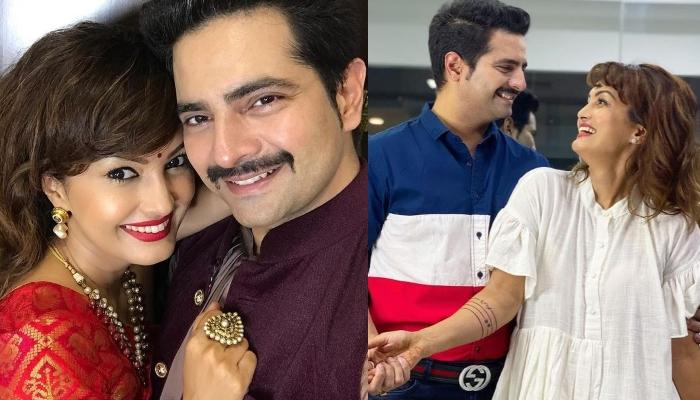 In June 2020, actor-model Nisha Rawal accused her estranged husband and actor Karan Mehra of domestic abuse and an extramarital affair. The duo grabbed headlines for quite some days due to their issues and allegations against each other. Mehra had said that Nisha allegedly hurt herself and lying that he hit her. The case is in court, and until today, no one heard anything from the estranged couple.

Now, the two are again in the limelight on matters related to alimony and their son Kavish. Nisha Rawal said that her lawyers informed Karan Mehra that she doesn't want any alimony. She wants sole custody of son Kavish and would allow Karan to meet him regularly. But Mehra is not accepting these conditions.

Nisha Rawal told Bombay Times, "I don’t want any alimony. What will he provide me with that I haven’t given him? We built everything together. I started earning at a very young age and supported him throughout even before he became a part of Yeh Rishta. I have done so much work and whoever I collaborated with will vouch for the fact that Karan was in charge of the commercials."

The actor-model revealed that Karan Mehra took away all her jewellery and everything she got during their marriage. She asked him to return the jewellery as she needs to start living again. Nisha added, "Meri mom ke property ke papers bhi uske paas pade hue hain (he even has my mother’s property papers with him), which I want him to return. There’s nothing that I am asking for myself. I am an independent girl and will look after my child and me."

Nisha Rawal revealed that Karan had not visited Kavis even once, even on their son's birthday. Karan had posted pictures of gifts he got for his son. But Rawal reveals that the gifts never reached Kavish.

So far, Karan Mehra has not reacted to any of these claims.