All the suspects were being reckoned for more than a week. More than 200 mobiles, more than 100 laptops were seized in the raid. Along with this, many objectionable documents, vision documents, enrollment forms, bank details have also been seized. 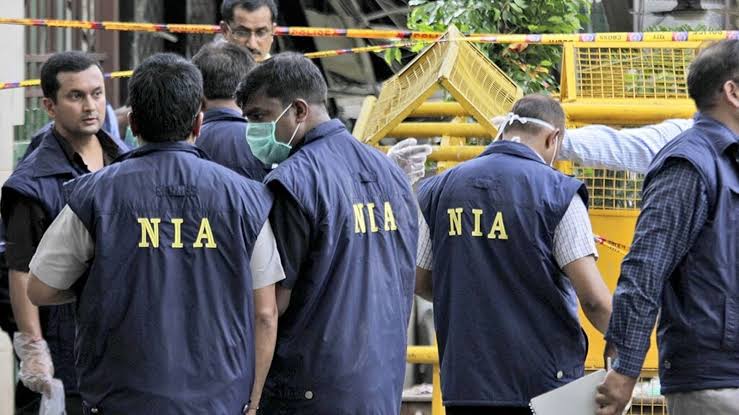 The NIA has raided 11 states and detained many people, including the president of the Popular Front of India (PFI). 106 people have been arrested across the country. Meanwhile, there has been a big disclosure about the operation of NIA. For this operation, a command center was set up in the Ministry of Home Affairs. The entire operation was monitored through 6 control rooms. The entire operation lasted from 1 am to 5 am. During this all the senior officers of NIA were present.

The entire operation of the raid was kept completely secret. 200 NIA staff were involved in this entire operation. NIA's 4 IG, 1 ADG and 16 SP were involved in this entire operation. Its command control center was in the Ministry of Home Affairs. All dossiers of suspects linked to PFI were given to the raiding team. All the suspects were being reckoned for more than a week. More than 200 mobiles, more than 100 laptops were seized in the raid. Along with this, many objectionable documents, vision documents, enrollment forms, bank details have also been seized.

Four PFI workers from Madhya Pradesh were arrested on Thursday as part of a nationwide campaign led by them. After this, State Home Minister Narottam Mishra said that the matter is serious and the cooperation of the local police was also taken in this action. Officials said that under the NIA-led campaign, more than 100 PFI workers, including four from Madhya Pradesh, were arrested from 11 states of the country. When asked about this action, Madhya Pradesh Home Minister Mishra told reporters in Indore that the NIA also took the cooperation of the state police in this action.

In Tamil Nadu, NIA officials conducted searches at PFI-affiliated premises in several districts including Chennai, Theni, Madurai, Coimbatore and Ramanathapuram and detained several activists for questioning. Locals protested against the arrest of a PFI functionary at Kumbum in Theni district, some of whom were taken into custody by the police. A protest was held against the NIA in Coimbatore's Karumbukadai over the arrest of an office-bearer. The police took the protesters into custody.