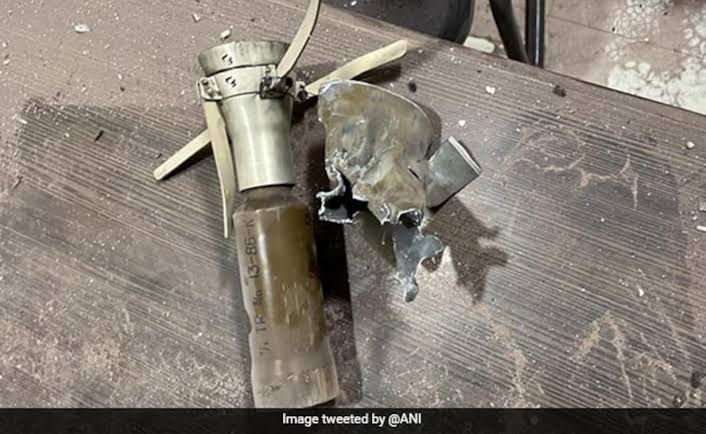 The person who was the main shooter in the grenade attack on the intelligence headquarters of Punjab Police in Mohali last year has been arrested from Uttar Pradesh. An official of the National Investigation Agency (NIA) gave this information on Wednesday. Deepak Ranga, a resident of Surajpur in Jhajjar district of Haryana, was arrested from Gorakhpur on Wednesday morning. Deepak, he said, was on the run after the rocket-propelled grenade (RPG) attack on the intelligence headquarters in Mohali in May last year. NIA spokesperson said, “Deepak Ranga is close to Canada-based gangster-turned-terrorist Lakhbir Singh Sandhu and Pakistan-based gangster-turned-terrorist Harvinder Singh Sandhu alias Rinda. Apart from the May RPG attack, he is involved in several other violent terrorist activities including murders and has also been involved in crimes.

He told that Ranga was actively getting terrorist funds and logistical support from both of them. Let us tell you, the NIA had registered the case on its own on September 20 last year, when it came to light that terrorist organizations and terrorists based in foreign countries were operating in the northern states of the country to carry out targeted killings and violent crimes. operating closely with leaders and members of organized criminal gangs.

Significantly, on the night of May 9, 2022, the headquarters complex of the police intelligence unit in Mohali was attacked with a rocket-propelled grenade, which shattered the window panes of one floor of the building. The Punjab Police had pointed towards the nexus between the terrorist organization Babbar Khalsa International and Pakistan's intelligence agency Inter-Services Intelligence (ISI) in this case. The DGP had told the media that ISI is suspected to be behind the blast. The Mohali Police had said in a statement that "at 7.45 pm, an explosion was reported at the Punjab Police Intelligence Headquarters complex in Sector 77, SAS Nagar. There is no report of any major damage."