He is celebrated as one of the best boxers produced by India and is respected immensely not only in the boxing fraternity but also in the Indian Navy. 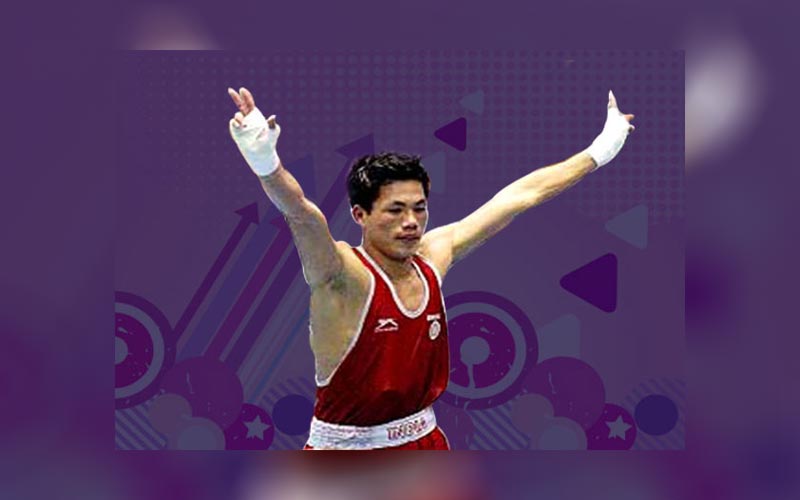 Ngangom Dingko Singh, a bantamweight boxer who won gold at the Asian Games in Bangkok in 1998, passed away on Thursday. Dingko has been battling with liver cancer, for which he has been receiving treatment since 2017.

The 41-year-old former boxer from Manipur has battled cancer for a long time and even overcame Covid-19 last year.

In January 2020, Dingko underwent radiation therapy at the Institute of Liver and Biliary Sciences (ILBS) in Delhi before returning to Imphal. Dingko was flown to the same hospital after his health worsened in April before being discharged. He also developed jaundice during this time.

Dingko was a true patriot who never turned professional as he was a service personnel with the Indian Navy. He continued his journey of boxing by serving aa a boxing coach.

He is celebrated as one of the best boxers produced by India and is respected immensely not only in the boxing fraternity but also in the Indian Navy.

KirenRijiju, the Union Minister for Youth Affairs and Sports, expressed his condolences on Dingko's death and credited him for igniting a boxing passion in India.

He tweeted, "I'm deeply saddened by the demise of ShriDingko Singh. One of the finest boxers India has ever produced, Dinko's gold medal at 1998 Bangkok Asian Games sparked the Boxing chain reaction in India. I extend my sincere condolences to the bereaved family. RIP Dinko.”