China, New Zealand's top trade partner, has blamed the Five Eyes of colluding against their country by making comments on Hong Kong and Uyghurs in Xinjiang 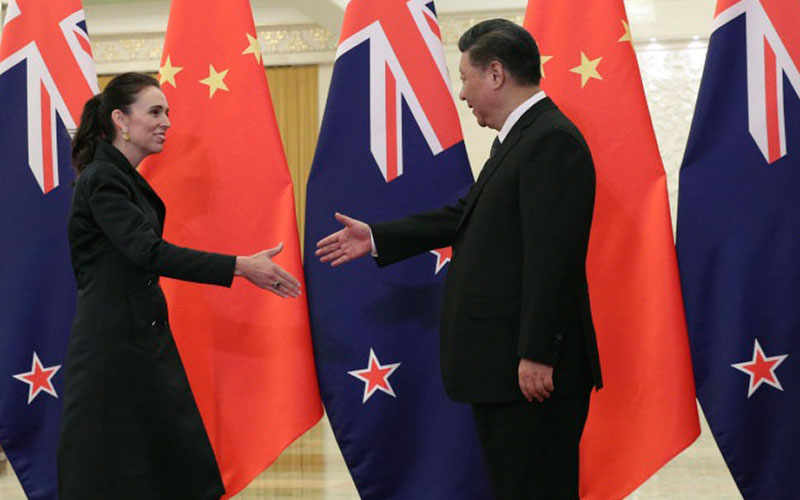 On Monday, Prime Minister Jacinda Ardern said that differences between New Zealand and China are getting more difficult to reconcile as Beijing's position in the world expands and evolves.

The remarks come when New Zealand is under fire from some of its Western allies for its unwillingness to utilise the Five Eyes intelligence and security partnership to criticise Beijing’s human rights history.

This has led to claims that New Zealand is a vulnerable element in the Five Eyes intelligence network, which is led by the United States.

Ardern said New Zealand had also expressed "grave concerns" about China and its alleged oppression of Uyghurs in the Xinjiang province and spoken out about the deterioration of political freedoms in Hong Kong during a speech at a China Business Summit in Auckland.

China, New Zealand's top trade partner, has blamed the Five Eyes of colluding against their country by making comments on Hong Kong and Uyghurs in Xinjiang.

NanaiaMahuta, New Zealand's Foreign Minister, had voiceddiscomfort last month about the Five Eyes alliance, which includes the United States, Canada, the United Kingdom, Australia, and New Zealand, expanding beyond its primary objective of intelligence-sharing amongst its members.

Ardern said in her address, "It will not have escaped the attention of anyone here that as China's role in the world grows and changes, the differences between our systems - and the interests and values that shape those systems - are becoming harder to reconcile."

She also went ahead and acknowledged the fact that there were bound to be certain issues which neither of the two nations might ever be on the same side of, however such differences should not be allowed to define the bilateral relations between the two.

She further asserted that New Zealand Wellington had its own foreign policies and was capable in deciding whether to raise concerns openly or privately with Beijing.