The ETP will set the goal of doubling the size of UK-India trade by 2030 and will announce a joint commitment to launch negotiations on a comprehensive Free Trade Agreement (FTA). 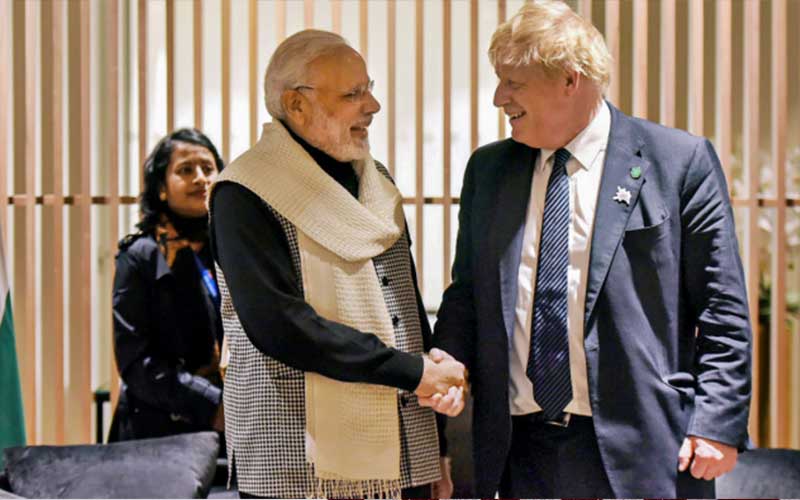 On Monday, prior to a virtual meeting with the Narendra Modi, British Prime Minister Boris Johnson announced a new trade and investment deal between UK and India trade worth £1 billion, this includes a £240 million investment by the Serum Institute of India for its UK wing of vaccine business.

The Downing Street announcements on Monday evening are part of an Enhanced Trade Partnership (ETP) that the two leaders will officially sign off on after their negotiations over the virtual meeting between the two leaders.

"Each and every one of the more than 6,500 jobs we have announced today will help families and communities build back from coronavirus and boost the British and Indian economies,” explained Johnson.

British companies have negotiated export agreements with India valued at more than £446 million, which are estimated to generate over 400 employment opportunities in the UK. CMR Surgical, for example, is selling the next generation “Versius” surgical robotic system, which assists surgeons in performing limited access surgery, to Indian hospitals in a £200 million contract.

About 533 million British pounds of new Indian investment into the UK is included in the British government's trade and investment package, which covers sectors such as healthcare and technology. This package also includes the Serum Institute investment of £240 million.

The agreement would also pledge that the two nations to work together to lift obstacles in the Indian legal services sector that prohibit British lawyers from practising international and foreign law in India, a development that has the potential to greatly increase UK legal services exports and imports from India.

The collaboration also sees expanding educational cooperation and completing work on the acknowledgment of UK higher education qualifications, that will boost student transfers, skills resource flow and information sharing between the both the nations.

Johnson explained, "Like every aspect of the UK-India relationship, the economic links between our countries make our people stronger and safer."

The ETP will set the goal of doubling the size of UK-India trade by 2030 and will announce a joint commitment to launch negotiations on a comprehensive Free Trade Agreement (FTA).