New threat from heavy rains: There is a possibility of crack in the biggest dam of Andhra Pradesh, people were asked to leave the house with essential items 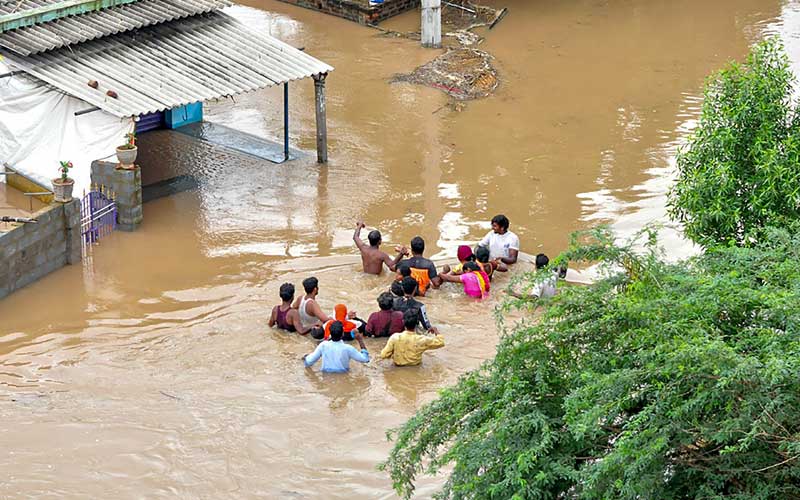 Flood situation has been prevailing in Tirupati, Andhra Pradesh for four consecutive days. Due to this, there is a possibility of a crack in the biggest dam of the state located in the city. The good thing is that the rain has stopped in this area for now, but many villages have been cut off due to the highway and other roads being washed away. These villages are still submerged in water.

There are reports that there may be cracks in the dams around Rayala Cheruvu in Ramachandrapuram, Tirupati. These include the oldest and largest dam in the state. If the water is released from this, there may be sudden floods in the surrounding villages. Because of this, the administration has asked people to go to higher areas with essential things and documents.

Because of this, the administration has asked people to go to higher areas with essential things and documents. Officials are roaming around the area, warning people of the danger. People are being told that the dam is in danger of breaking, so leave your village as soon as possible. Leave here with your valuables and documents. Inform your relatives also about this.

On the other hand, Swarnamukhi river is in spate due to heavy water inflow from Tirumala hills in Chittoor district. This filled the reservoirs and caused floods. The soil of the reservoirs has become swampy due to water. It has been raining in many areas of Andhra Pradesh for the last few days. In Kadapa and Anantapuramu districts, 25 people have died and 17 are missing since Friday.