The Vice President said that the New Education Policy gives importance to the use of mother tongue as the medium of instruction at the school level. 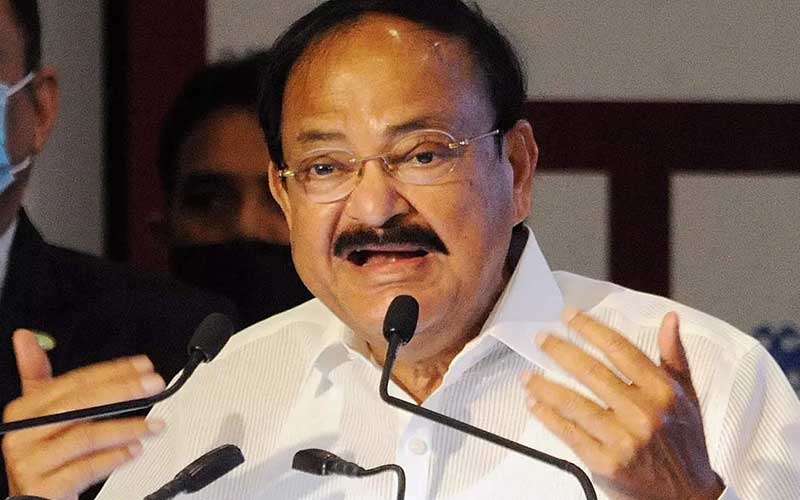 He says that it follows the ‘Nai Talim’ of Mahatma Gandhi. He participated in the Silver Jubilee Celebrations of Mahatma Gandhi International Hindi University, Wardha on January 4 and said that the "Nai Talim" proposed by Mahatma Gandhi in Wardha in 1937 laid emphasis on making mother tongue as the medium of instruction in addition to free compulsory education and skill training to the students.

“Our Constituent Assembly, after a long debate, accepted Hindi as the official language and also accorded constitutional status to other Indian languages in the Eighth Schedule. Noting that every Indian language has a glorious history and rich literature. We are fortunate to have linguistic diversity in our country. Our linguistic diversity is our strength as our languages symbolize our cultural unity," M. Venkaiah Naidu said.

He added, “For Mahatma Gandhi, the question of language was a question of national unity. Even after insisting on Hindi, Mahatma Gandhi understood the sensitivity of every citizen to his mother tongue. Gandhiji associated mother tongue with Swaraj and called for according due importance to it. Indian languages have played an important role in keeping the overseas Indian community connected with the motherland India.”

The Vice President said that it is expected of a civilized society that its language should be gentle, cultured and creative. "Let us exercise our freedom of expression with the decency of language and the discipline of words,” he said.