Union Minister of Education Ramesh Pokhriyal ‘Nishank’ addresses the 18th Convocation of NIT Silchar through the virtual platform as a chief guest. 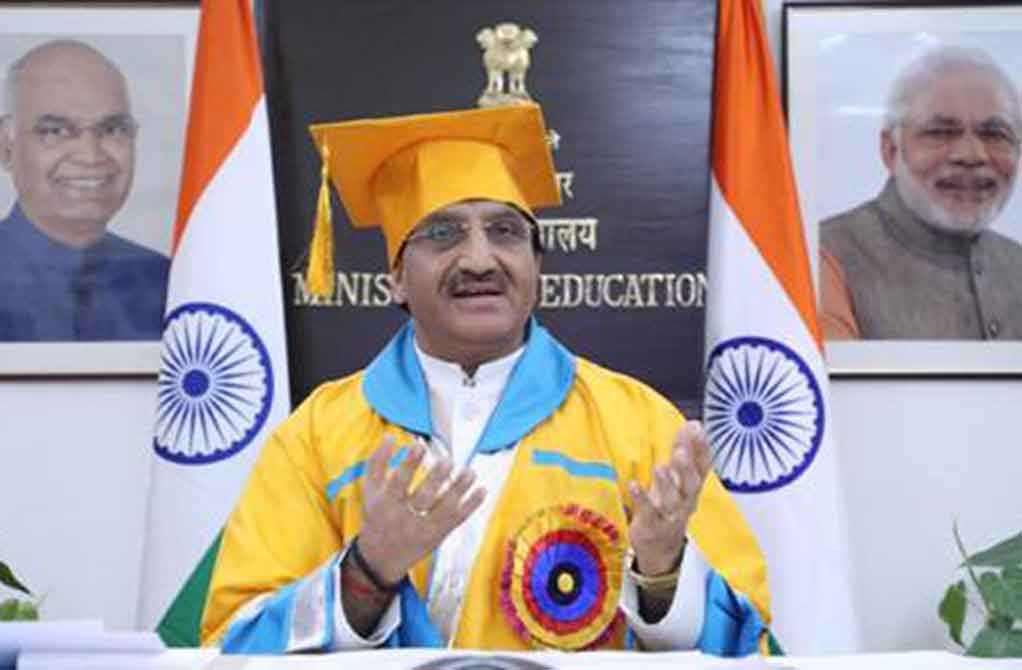 Union Minister of Education Ramesh Pokhriyal ‘Nishank’ addresses the 18th Convocation of NIT Silchar through the virtual platform as a chief guest.

He expressed his happiness in learning that NIT Silchar has secured prominent positions in the global ranking platform like THE ranking and US News ranking.

Pokhriyal highlighted the various aspects of the New Education Policy-2020 that are going to path-breaking and will help millions of students to grow and excel in all sectors of life.

He mentioned under NEP-2020, the government is collaborating with the top 100 universities/institutes globally for not only setting up their institutes but also collaborate in various dimensions.

The Minister mentioned connecting TALENT with PATENT in order to enhance the patents which not only will drive the institute but will play a major role in the economic development of the country.

Pokhriyal said that the initiation of the National Research Fund and National Technological Forum has been started under the leadership of the Scientific Adviser to Prime Minister and is about to change the research and development scenario of the nation to a better, inclusive and excellent environment.

He mentioned that the three pillars of NEP-2020, Reform, Transform and Perform will bring revolution in the education system of the nation and has all the ability to uphold our education system in a global platform.

Pokhriyal also mentioned that the alumni need to be connected with the alma mater in order to create a sustainable future for the institute. He expressed his view to build an Alumni Task Force for the betterment of the institute in an inclusive manner.

Pokhriyal recalled that Jai Jawan, Jai Kisan announcement by the then Prime Minister Shri Lal Bahadur Shastri changed the nation into a self-dependent nation in the agriculture sector.

The addition of ‘Jai Vigyan’ to it by Former Prime Minister Atal Bihari Vajpayee, made significant changes in the scientific research of the country and helped us to stand in the front line with other nuclear superpowers globally.

In the same line, our present Prime Minister Shri Narendra Modi added ‘Jai Anusandhan’ which is transforming the research and development growth of the nation to a greater height.