According to Muslim law, for marriage it is necessary that both the husband and wife to be married should be Muslim. 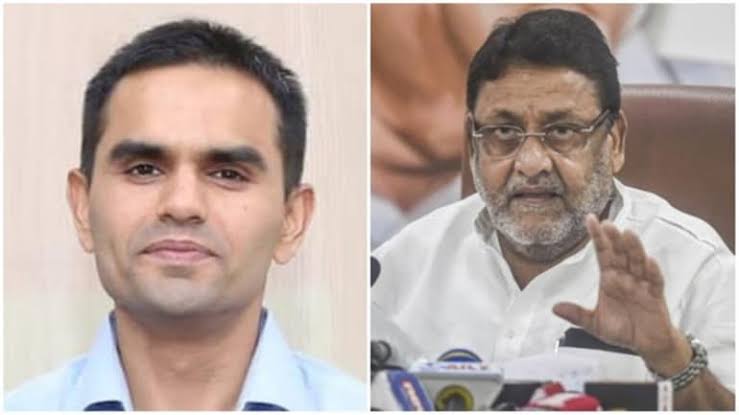 The series of allegations leveled by Maharashtra's Minorities Welfare Minister Nawab Malik against the Zonal Director of Narcotics Control Bureau Samir Wankhede is not taking the name of stopping. In the latest case, Midnight Malik, detonating a big 'bomb' against Wankhede, has shared such an idea which Samir Wankhede and his family find difficult to deny.

In the picture, Wankhede is seen having a discussion with a Maulana wearing a netted cap. In this photo he is seen signing a paper, Nawab Malik wrote with this photo a cap on his head, said kobool hai kobool hai

According to Muslim law, for marriage it is necessary that both the husband and wife to be married should be Muslim. Wankhede did Nikah, this means that he called himself a Muslim. Maulana Muzammil Ahmed has taught Wankhede's marriage. He also told the media that Sameer Wankhede is a Muslim and even at the time of Nikah, he had called himself a Muslim. At that time his entire family was Muslim. If the boy and the girl were not Muslims, then according to the Shariat marriage could not take place.