Neeraj Chopra won the gold medal beating 2012 London Olympic gold medalist Keshorn Walcott of Trinidad and Tobago. Walcott could throw only 86.64 meters. He also had a bronze medal in the Rio Olympics. 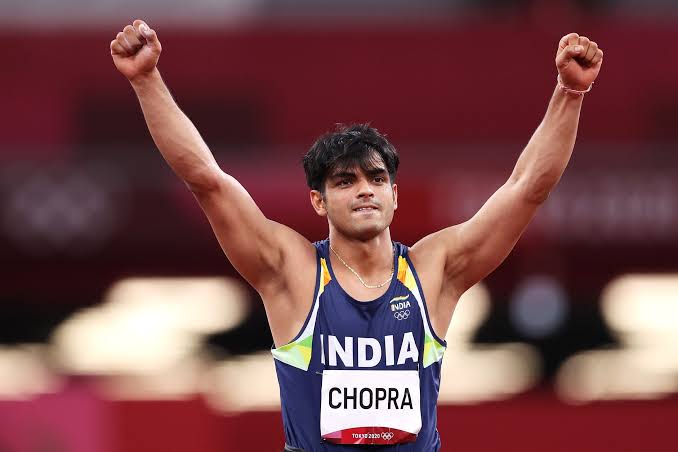 Indian star athlete Neeraj Chopra has won the first gold medal after the Tokyo Olympics. Javelin thrower Neeraj Chopra won a medal in a difficult situation at the Kuortane Games in Finland. Due to rain, there was a lot of water on the field, due to which Neeraj slipped once. But with a throw of 86.89 meters, he won the gold medal.

There was a lot of water on the field and due to this Neeraj Chopra fell on the third try. After throwing, his foot slipped and he went out of line because of which that throw did not even count. He did not get injured though. The Commonwealth Games are to be held next month and Neeraj is considered to be a strong contender for the medal.

Neeraj Chopra had thrown 86.69 meters in the very first attempt. His second throw also went foul. He could not throw longer than this in this event as well. Earlier this month, he set a national record with a throw of 89.30 meters at the Pavo Nurmi Games. Fans hoped that he would break his record but this time it could not happen. Even after throwing 89.30m, Neeraj had to be content with silver in Pavo Nurmi.

Neeraj Chopra won the gold medal beating 2012 London Olympic gold medalist Keshorn Walcott of Trinidad and Tobago. Walcott could throw only 86.64 meters. He also had a bronze medal in the Rio Olympics. Sandeep Chaudhary of India could only throw 60.35 meters. He was ranked 8th. Despite the bad weather, a lot of spectators had arrived to see Neeraj's event.

The record for the farthest javelin throw for India was previously held by Neeraj, who threw a throw of 87.58 meters at the Tokyo Olympics. However, Neeraj could not win the gold medal in the Pavo Nurmi Games. He had to be content with the silver medal. Finland's Helander had topped the event with a time of 89.93m.