Neeraj Chopra reveals the puppy’s name as Tokyo on his social media thanking Abhinav Bindra and his family for hosting him. 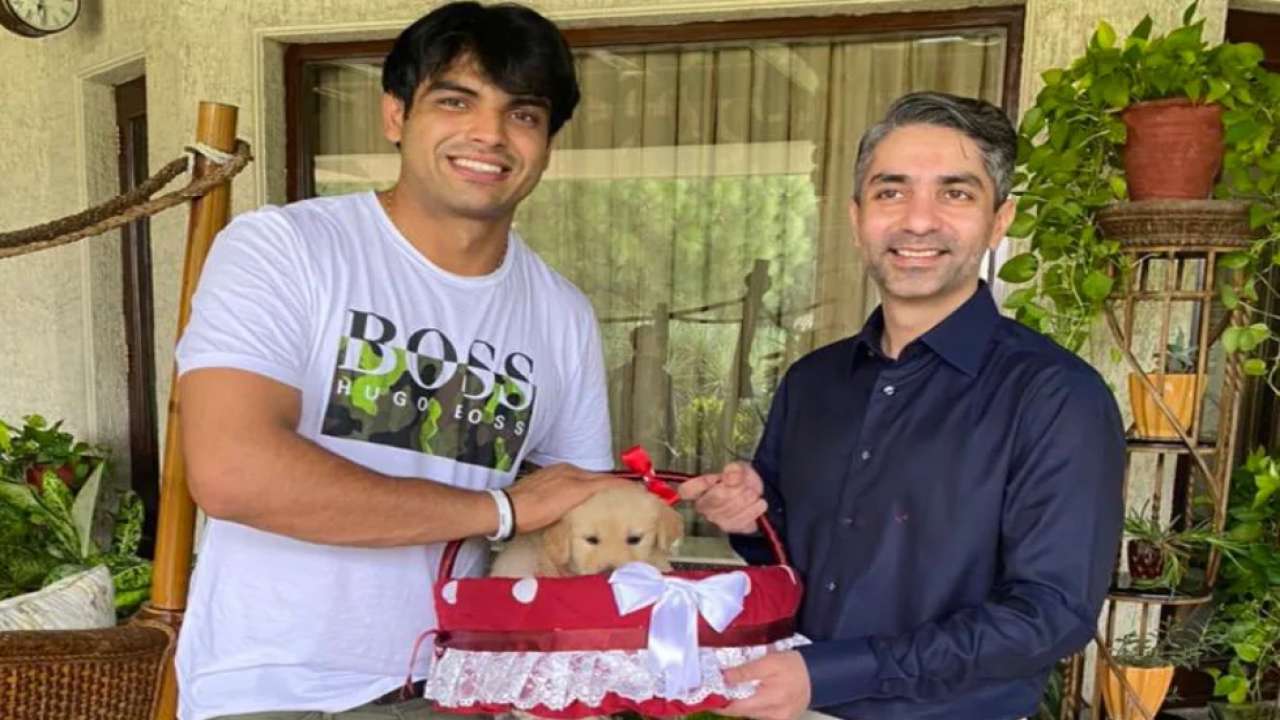 Neeraj Chopra, a gold medalist of the Tokyo Olympics met Abhinav Bindra and his family on Wednesday and got a charming gift from the Beijing Olympics champion shooter after spending an amazing afternoon in Chandigarh. Abhinav was one of the first to congratulate Neeraj Chopra after he won the historic gold medal in athletics at the Tokyo 2020 Olympics in august and gave a puppy as a gift to the javelin star.

Neeraj told the puppy’s name as Tokyo in his social media post and he thanked Bindra and his family for hosting him. Neeraj joined him in elite company as India’s second individual Olympic gold medalist when he won the javelin final at Tokyo 2020 on 7th August.