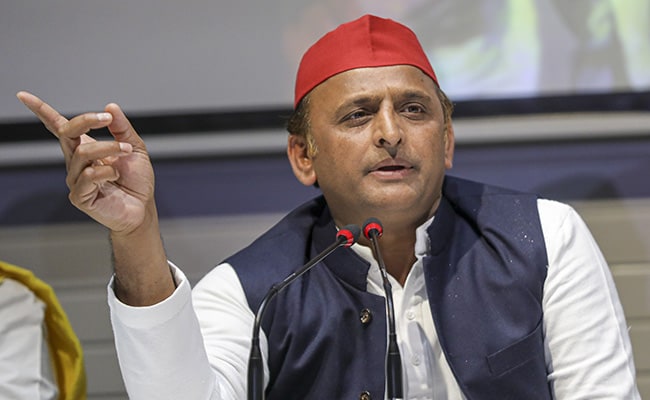 The National Commission for Women (NCW) has asked the Uttar Pradesh Police, terming Samajwadi Party President Akhilesh Yadav's tweet against Suspended Bharatiya Janata Party (BJP) member Nupur Sharma as "provocation". Demanded on Monday to take immediate action against Yadav. Nupur Sharma had allegedly made objectionable remarks against Prophet Mohammad. The Supreme Court had last week said that Sharma "and his unruly language have set the entire country on fire" and he should apologize.

Sharing news of the court's decision, Yadav tweeted, "Not only the face, but the body should also apologize and should also be punished for disturbing the unrest and harmony in the country." Uttar Pradesh Director General of Police DS Chauhan. In a letter written, NCW president Rekha Sharma said the tweet was "sheer provocative". Sharma said, "The National Commission for Women has found that a tweet by Akhilesh Yadav against Nupur Sharma is inciting hatred and hatred and communal disharmony between two religious groups, which is highly condemnable." "Given the seriousness of the matter, you should take immediate action against Akhilesh Yadav." He also termed Yadav's statement as "unwanted" as the matter is already before the judiciary.

Women's Commission Chairperson Rekha Sharma said, "Nupur Sharma is already receiving death threats and Akhilesh's tweet instigates the general public to attack Sharma. The matter should be investigated in a time-bound manner. ”He said that action should be taken in the matter within three days.