Naxal Attack Victims Protest at Delhi: If the government does not listen to us, then we'll Protest indefinitely 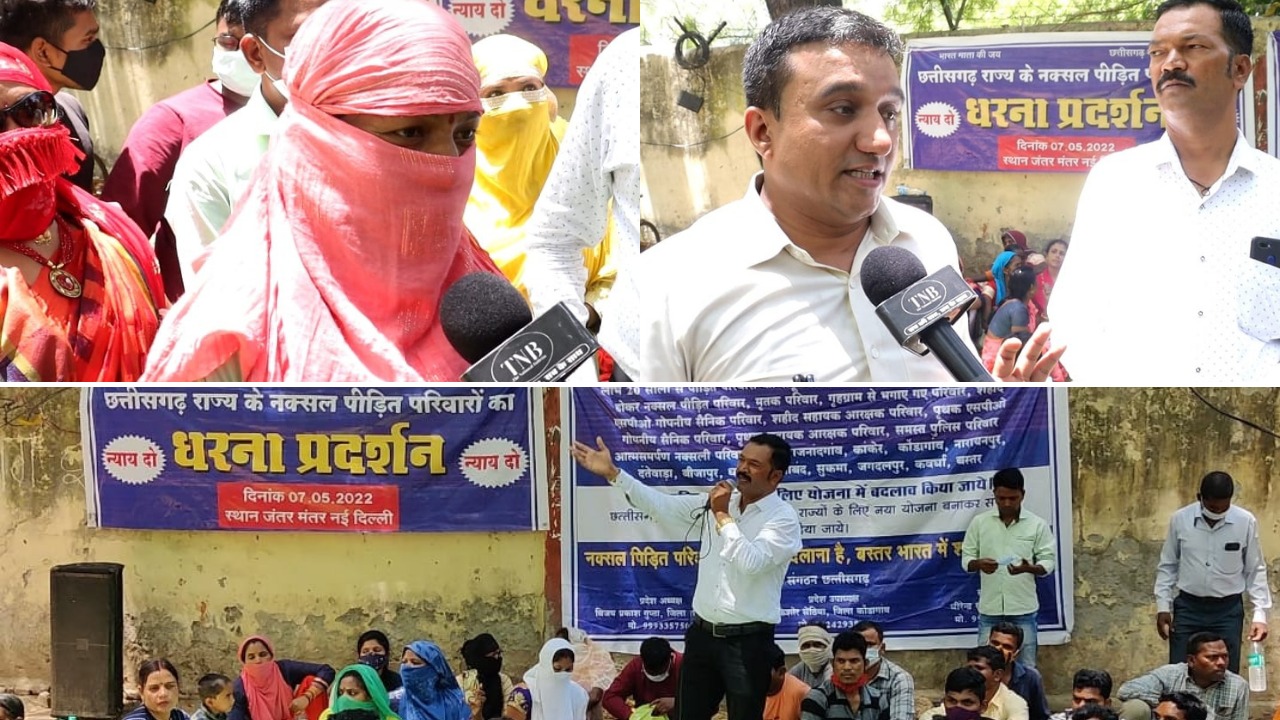 At New Delhi's Jantar Mantar, a massive amount of protestors gathered to raise their voices. The Protest is being done to reinforce the awful conditions in the Naxalite areas of Chattisgarh. When The National Bulletin (TNB) spoke to them, they mentioned that they have not been getting any kind of benefits from the Government Regulations. The spokesperson of the entire protest added that, According to the government regulations, if someone is killed at the hands of the Naxalites, a government job is provided to the survived ones of the family, but the government neither does something to help us live peacefully, neither offers opportunities if someone dies at the hands of them. We'll be protesting indefinitely till our demands are met, he added.