In the Gujarat assembly elections, BJP has created a new record by winning 157 seats. Earlier in 1985, Congress had got 149 seats. Getting 50% more votes for any one party in the assembly elections is a big achievement. If the election pundits are to be believed, then the axis of Indian politics has completely shifted around the magic of Narendra Modi. 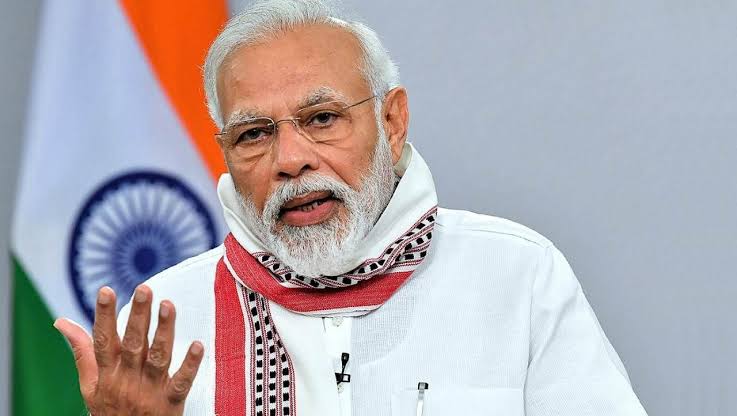 The way the BJP has registered a one-sided victory in Gujarat with the help of the face of Narendra Modi overcoming 27 years of anti-incumbency, the anger arising out of the death of 134 people in the Morbi bridge collapse, student protests and unemployment, it is There is nothing less than magic in you. Rejecting all the populist promises of Aam Aadmi Party chief Arvind Kejriwal, the way 52.49% people of Gujarat have expressed their faith in Modi that he is pointing towards a new politics. In the Gujarat assembly elections, BJP has created a new record by winning 157 seats. Earlier in 1985, Congress had got 149 seats. Getting 50% more votes for any one party in the assembly elections is a big achievement. If the election pundits are to be believed, then the axis of Indian politics has completely shifted around the magic of Narendra Modi.

If we look at the elections held in 2017, BJP got less than 100 seats. Somehow the BJP was able to form the government. At the same time, in the 2022 elections, Modi has given a one-sided victory on his own. It was not an easy task. First of all, Modi took the command of Gujarat in his hands. After that, the BJP sided with all those leaders from whom the BJP was in danger. In this sequence, many Congress leaders including Hardik Patel, OBC face Alpesh were included in BJP. Then there was a major reshuffle in the Chief Minister and cabinet of the state. Patidar Bhupendra Patel was made the Chief Minister by taking the resignation of the then Chief Minister Vijay Rupani. In the new Council of Ministers, all the members of the Rupani Council of Ministers were discharged. Along with this, he gave place to many leaders of Gujarat in his cabinet, from where the BJP had become weak. Under this strategy, Mansukh Mandaviya and Purushottam Rupala were made cabinet ministers and Dr. Mahendra Bhai Munjapara was made minister of state. After that Modi reminded the people of Gujarat about Gujarat model and Gujarati identity. Together, all this was successful in preparing such a cocktail among the public that the BJP was successful in creating a new record.

The whole BJP is definitely riding on Modi Magic but if its alternative is not found in time, then the whole party will have to bear a big loss. BJP is using the face of Narendra Modi from civic body elections to state and Lok Sabha elections. BJP is getting the benefit of this now, but till when? When Modi will say goodbye to politics, whose face will BJP have? Today, in the Gujarat elections, people have voted neither seeing the Chief Minister of Gujarat nor any minister. One-sided vote has been done in the name of Modi. If this situation continues, then the condition of Congress today may be that of BJP in future.