Narada Case: Supreme Court questions “partial” intentions of CBI by arresting some and sparing others 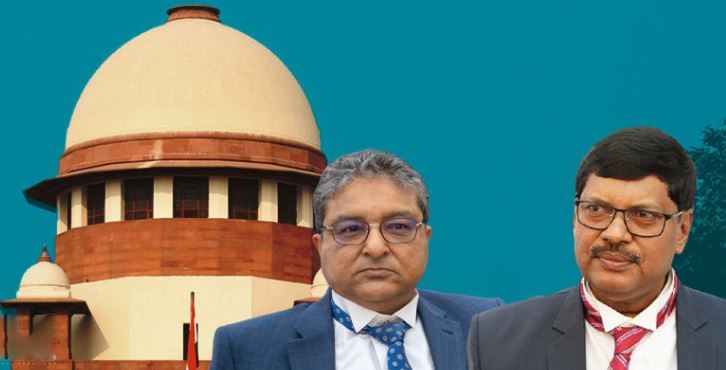 Vacation bench of Justices Vineet Saran and B.R. Gavai made scathing remarks on “partiality of CBI”

Earlier, Calcutta High Court had ordered these four leaders to be put under house arrest, releasing them from jail, thereby negating a special CBI court order which had put a stay on their bail paving way to their arrests. The apex court also said, “We have not made any observations on merits. The (Special Leave) petition (of CBI) stands withdrawn.”

However, what is most noteworthy in the observations made by the vacation bench of Justices Vineet Saran and B.R. Gavai was its remarks on “partiality of CBI”. The bench was highly critical of the CBI and it questioned its “partial approach” in arresting one set of people named in the FIR while sparing another set of people who were named in the very same FIR.

Referring to the political leaders who were earlier with TMC and later defected to BJP and on the highly selective approach of the CBI, the Supreme Court asked “Tell us, who is in a better position to influence the witnesses – those charge-sheeted or those who are not? There are two sets of accused – one set chargesheeted and the other is not. Which set is more likely to influence witnesses or tamper with evidence?”

Many legal experts are of the view that recently the Supreme Court too has developed a spine and has started to ask the right set of questions not only from the Governmental agencies but also from the Central Government departments. This they feel will help in re-establishing faith in justice and common citizens can once again feel secure that they will not be shortcharged.

The bench also said, “After the five-Judge Bench of the Calcutta High Court gives its opinion, we will peruse it. We are not intending to pass anything on merits. The Solicitor General (appearing for CBI) has accepted that issue is being heard by the five-Judge bench and made a request that he may be permitted to withdraw the petition to raise all issues raised here before the High Court. All other parties shall also have liberty to raise all such contentions.”

The sting operation was conducted by Narada News, in 2014 wherein some people resembling TMC ministers, MPs and MLAs were seen receiving money in lieu of favours.