Ekta Kapoor's show 'Naagin 6' is witnessing a major TRP influx these days. To maintain the interest of the audience in this supernatural show starring Tejaswi Prakash and Simba Nagpal, the show makers are bringing new twists. 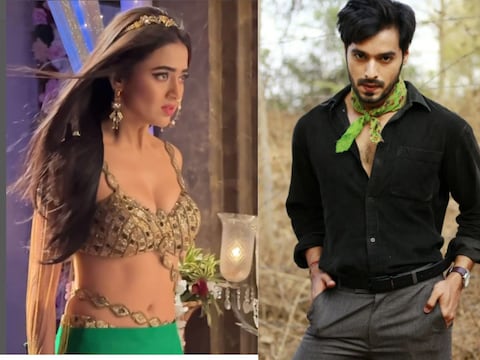 Ekta Kapoor's show 'Naagin 6' is witnessing a major TRP influx these days. To maintain the interest of the audience in this supernatural show starring Tejaswi Prakash and Simba Nagpal, the show makers are bringing new twists. Efforts are being made continuously to keep the show on top of the TRP list. New characters are also being entered in this episode. Now Vishal Solanki who is working in 'Parineeti' is coming to make a splash in this show.

Vishal Solanki is about to enter the famous TV show 'Naagin 6', who will be seen in the lead role with Tejashwi Prakash. In the show, Vishal will be seen supporting Pratha in taking revenge on Rishabh and Mehak. Vishal himself has told about this in an interview and has also given information by posting on social media.

TV actor Vishal Solanki has written on Instagram, 'Would like to thank Bala Telefilms and Ekta Kapoor ma'am who have given me another chance by trusting my talent. I am not leaving Parineeti but will do both the shows together.

At the same time, Vishal Solanki, while talking to a media agency, said that I am very excited to be associated with 'Naagin 6' as a positive character. My new role in the show will be that of Rajesh Pratap Singh. This will be a parallel lead role and I will be seen guarding the serpent. I will help him to complete the revenge of the serpent.

Vishal Solanki is very happy to be associated with this famous show of Ekta Kapoor. For them, working in unity is like a treat. Apart from 'Parineeti', Vishal is also known for 'Kumkum Bhagya'. Vishal said that. “The casting head of Balaji Telefilms liked my work in 'Parineeti', he forwarded my name for 'Naagin 6'. I feel that all this is the result of my hard work, this has helped me move forward.