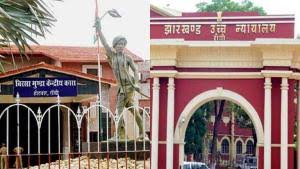 The SSP has been ordered from the ADJ 14 court to appear in the Sadeh court for not providing the CCTV footage in connection with the accused arrested in the Arms Act case by the Kanti police of Bihar's Muzaffarpur district. In the past too, the court had ordered the police of Kanti police station thrice to provide CCTV footage. Despite this, the Kanti police did not present the footage before the court. After this, considering the gross negligence of the police regarding the matter, the court has asked the SSP to be physically present and explain the reason for not providing the footage.

Last year on November 13, two miscreants were arrested with arms by the police of Kanti police station. This included Ayush Kumar of Damodarpur and Avneet Kumar of Ahiyapur Kolhua Paigambarpur. In the case, the relative of the accused Avneet, who was lodged in the jail, had filed a bail in the court through an advocate. For hearing on the point of bail, the court had asked for CCTV footage of the police station. Additional Public Prosecutor Sangeeta Shahi informed the Kanti police station about the order of the court.