Murder case like 'Shraddha' in Jharkhand too: Rabita's body was cut into pieces by husband with iron cutting machine

The landlady Hemanti told that Dildar had already paid two thousand rupees for the house rent. The girl stayed in his house on rent only for five-six days. After this, Dildar's relatives took Rabita Pahadin to their home in Bel Tola. 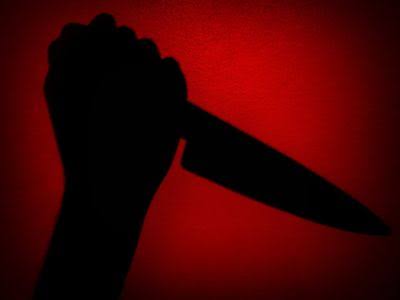 While people across the country are still shocked by the sensational incident of Shraddha Walkar murder case in Delhi, on the other hand, a similar incident in Sahibganj, Jharkhand has once again taken everyone by surprise. After the murder of a 22-year-old woman in Sahibganj's Bario, the husband and his family members cut the dead body into 12 pieces and then threw it at different places. Mo, a resident of Borio Bel Tola, on the charge of murdering Rabita Pahadin, a Paharia woman of Goda Pahar of Borio police station area. Arresting Mustakim Ansari and wife Maryam Khatoon, son Dildar Ansari and wife Gulera, Mustakim's second son Amir Ansari, Mahtab Ansari, daughter Shareja Khatoon and interrogating them.

Mohd. with 22-year-old Rabita Pahadin. Mustakim's son Dildar Ansari was having a love affair for many years. Both got married again. Dildar was already married. Dildar's family members were unhappy about this. Due to the displeasure of the family members, Dildar used to keep Rabita in the house of Hemanti Murmu of Borio Santhali. He had taken this house on rent of two thousand rupees per month. The landlady Hemanti told that Dildar had already paid two thousand rupees for the house rent. The girl stayed in his house on rent only for five-six days. After this, Dildar's relatives took Rabita Pahadin to their home in Bel Tola.

Last Friday, Dildar's mother Mariam Khatoon took Rabita to her brother Moinul Ansari's house in Borio Manjh Tola, where she was murdered. After this, the dead body was cut into pieces with an iron cutting machine and thrown at different places. On Saturday, police recovered parts of a finger, a shoulder, a hip, a hand, lower back, lung and stomach. At the same time, two fingers and a part of the stomach were recovered from Anganwadi center Borio Santhali in the morning. On receipt of human organs, raids were conducted at all the relatives of Dildar under the leadership of SP.