Earlier, a significant percentage of Baghdadi Jews resided in this area but it has dwindled down immensely and now just a few Jewish families are left. 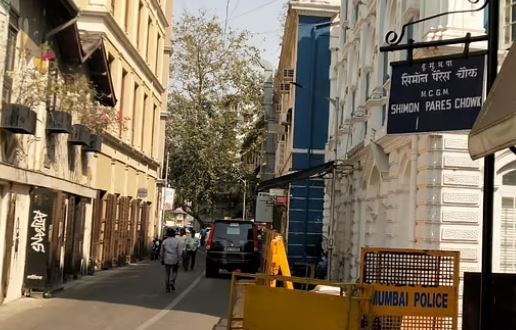 A junction in south Mumbai has been named after late Israeli leader and Nobel Peace Prize Laureate Shimon Peres. This crossroad between Kala Ghoda Chowk and Sai Baba Marg in south Mumbai has been named after Peres in December but has recently caught the attention after Ravi Raja, senior Congress corporator and Leader of Opposition in the BMC and Rais Shaikh, Samajwadi Party MLA and group leader of the party in the BMC opposed it.

The junction is located beside the Knesset Eliyahoo Synagogue at VB Gandhi Marg. Earlier, a significant percentage of Baghdadi Jews resided in this area but it has dwindled down immensely and now just a few Jewish families are left. The synagogue which was established in 1884 is one of the oldest religious places in the city.

This move of the BMC has come despite the proposal having been roundly opposed twice by its group leaders two years ago and in absence of the local Shiv Sena corporator requesting for it. The move is aimed at improving the bilateral relations with that country, said the Brihanmumbai Municipal Corporation official on condition of anonymity.

Raja who opposed the move said, as per rules passed by the BMC in 2018, only personalities from Maharashtra or the rest of the country can be bestowed with such an honour. Meanwhile, Makarand Narwekar, a Bharatiya Janata Party (BJP) corporator, waded into these muddled waters and claimed he had initiated the proposal as chairperson of the south Mumbai Ward committee. Shaikh said that the road had been renamed without consulting the group leaders of the party and has written to Chief Minister, urging him to immediately take action or else, his party will call for a statewide agitation. “We have no idea who gave the permission to rename it, we only discovered the new nameplate recently and learnt it had been set up sometime in December,” said Shaikh.

In earlier opposition too it was cited that it was unfair to rename a prominent location in the city after someone who has barely made any contribution to the state and the city. “Mr Peres has made no contribution towards the socio-economic and cultural outlook of Maharashtra, so how is it appropriate to rename a junction after him?” Shaikh asked.