The area has been sealed off, and firefighters are working to extinguish the fire. Shops in the area have been closed after the bomb allegedly damaged several of them 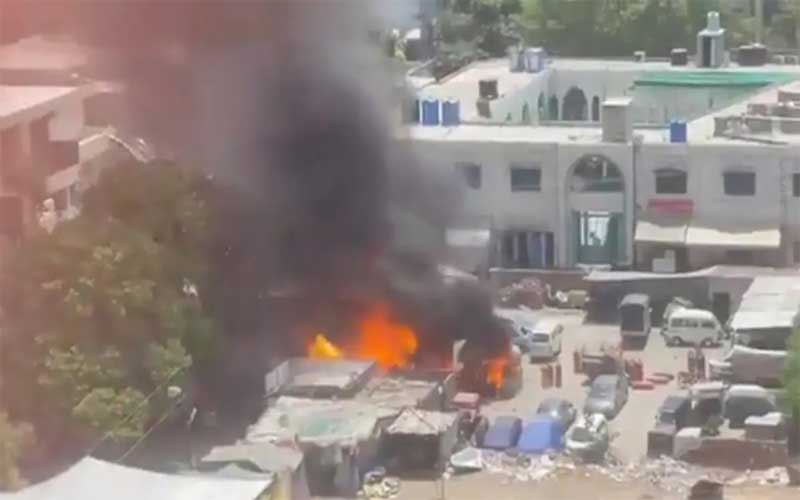 On Tuesday afternoon, multiple cylinder bursts shook the Barkat Market locality of Pakistan's Lahore. Several stores were destroyed in the incident, according to Pakistani media sources.

A massive explosion was witnessed following numerous bombings in Lahore's popular Barkat Market, as shown in a video uploaded on Twitter. A handful of stores were also destroyed.

The actual number of injuries or potential casualties, if any, is unclear at this time. One injured individual was taken to Jinnah Hospital in Lahore, as per Ahsen Sehzade, who represented himself on Twitter as a journalist.

According to reports, the cylinders exploded one after the other in succession, causing chaos in the crowded market. A total of ten cylinder explosions occurred, with at least one person suffering burn injuries. In addition, the event has caused damage to 12 vehicles.

The area has been sealed off, and firefighters are working to extinguish the fire. Shops in the area have been closed after the bomb allegedly damaged several of them.

According to one report, gas cylinders blew up one by one in an area of the Barkat Market, making it impossible for rescue crews to get close to the scene.

This follows only days after a massive explosion near the home of Hafiz Saeed, the architect of the 2008 Mumbai terror attack and the leader of the outlawed Jamat-ud-Dawa (JuD), in Lahore on June 23rd.