Sadhana Gupta died on Saturday at Medanta Hospital in Gurugram. She was suffering from lung infection. 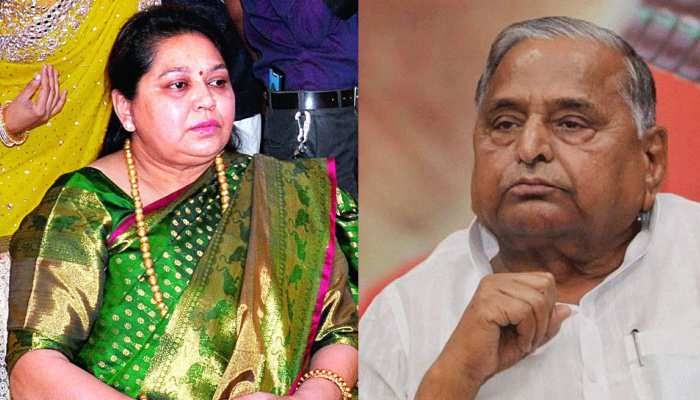 SP Patron and former UP CM Mulayam Singh Yadav's wife Sadhna Gupta will be cremated at Pipra Ghat in Lucknow at 1 pm today. The body of Sadhna has reached her residence in Lucknow. Mulayam's brother and Pragatisheel Samajwadi Party President Shivpal Singh Yadav has also reached the residence. Significantly, Sadhana Gupta died on Saturday at Medanta Hospital in Gurugram. She was suffering from lung infection.

Sadhana Gupta was the mother of Prateek Yadav and mother-in-law of BJP leader Aparna Yadav. Sadhna Gupta also had fever for a few days. That is why he was admitted to Medanta Hospital in Gurugram.

In Akhilesh Yadav's biography 'Badlav ki lehar', it is mentioned that Mulayam Singh Yadav's mother Murti Devi was often ill. At that time it was Sadhna Gupta who took care of her. Once during treatment, a nurse was going to give wrong injection to Murti Devi, after which Sadhna stopped that nurse. When Mulayam came to know about this, he was impressed by her and their relationship started.