Mukhtar Ansari is shifted from Punjab to UP jail in a convoy of 6 patrol cars, an anti-riot van

Ansari was transported in an ambulance guarded by a large posse of gun-toting security personnel during his 900-kilometre journey from Rupnagar to this Uttar Pradesh town in the Bundelkhand district. Authored by: TNB Bureau 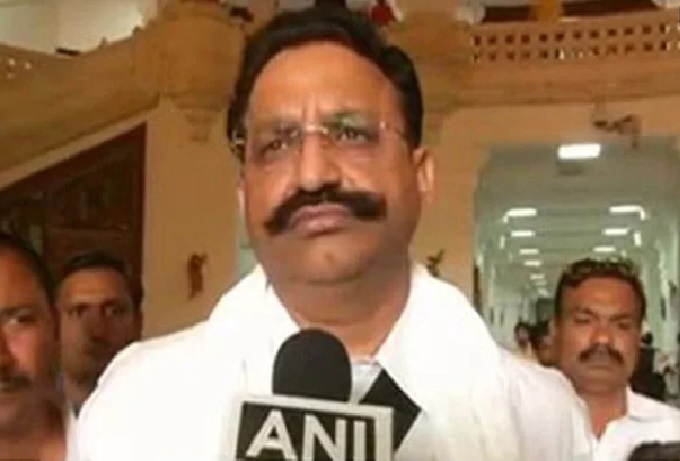 Mukhtar Ansari, a gangster-turned-politician, was transferred to Banda jail in the early hours of Wednesday after spending more than two years in a Punjab prison.

Throughout his 900-kilometre journey from Rupnagar to this Uttar Pradesh town in the Bundelkhand area, Ansari was transported in an ambulance guarded by a large posse of gun-toting security personnel.

As per the Supreme Court order, the Uttar Pradesh Police took custody of the 57-year-old BSP MLA at Rupnagar jail on Tuesday and transferred him to Banda prison. It took about two hours to finish the formalities before he was turned over to the UP Police after a medical examination.

The Uttar Pradesh Police fleet of security vehicles, which included an ambulance fitted with all life-saving equipment to meet any exigency en route to Banda, a journey that takes about 14 hours from Ropar, and an anti-riot police vehicle 'Vajra,' whizzed past the newly-laid expressways once the convoy entered the state on Tuesday evening.

Mukhtar Ansari was arrested in January 2019 in Rupnagar in association with an extortion case. The legislator from Mau in eastern Uttar Pradesh is facing 52 charges in the state and elsewhere, 15 of which are pending in court.

The Supreme Court indicated that Ansari was reportedly involved in the assassination, attempted murder, adultery, and conspiracy cases, in addition to Gangsters Act offences. It said that his custody was being denied to the Uttar Pradesh Police on frivolous grounds disguised as medical issues.


The Supreme Court has stated that a prisoner or an undertrial who violates the law of the land cannot object to his move from one jail to another and that the courts cannot be helpless spectators while the rule of law is being questioned with impunity.

As Uttar Pradesh takes over the high-profile undertrial, his wife Afshan Ansari petitioned the Supreme Court for an order directing state authorities to ensure his safety, including from a police encounter.