Isha Ambani, daughter of well-known industrialist Mukesh Ambani, was married to Anand Piramal of the Piramal Group. After marriage, both have now become parents of twins. 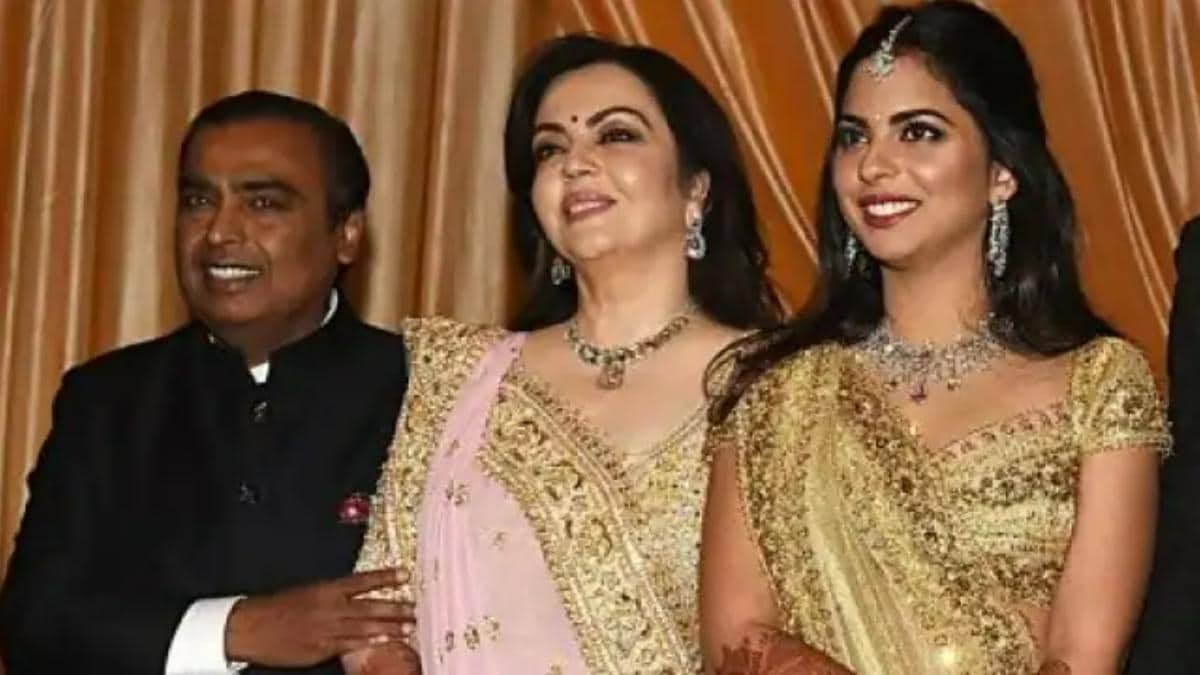 There is great news in the Ambani family. Renowned industrialist of the country Mukesh Ambani has become maternal grandfather. His daughter Isha Ambani has given birth to twins. Isha has given birth to a boy and a girl on Saturday. The baby girl has been named Aadiya while the baby boy has been named Krishna. Isha Ambani, daughter of well-known industrialist Mukesh Ambani, was married to Anand Piramal of the Piramal Group. After marriage, both have now become parents of twins.

Isha and Anand tied the knot on 12 December 2018. Isha is the only daughter of Mukesh Ambani and Nita Ambani. At the age of just 23, he started helping his father in handling the business of Reliance. He was given a place on the board of Reliance Retail and Reliance Jio in October 2014. Mukesh Ambani became a grandfather in 2020 itself, when Akash Ambani's wife Shloka Mehta gave birth to a son on 10 December. Now Mukesh Ambani has become a maternal grandfather.

In 2015, Isha got a place in the list of 12 Most Powerful Upcoming Business Women of Asia. Reliance Jio was Isha's first big project. After this she started focusing on Reliance's retail business. AJIO was launched in April 2016 under the supervision of Isha Ambani, which is the multi-brand e-commerce platform of Reliance Group.