Mukesh Ambani announces the launch of 5G in the country from Diwali, services will be available in every village by 2023 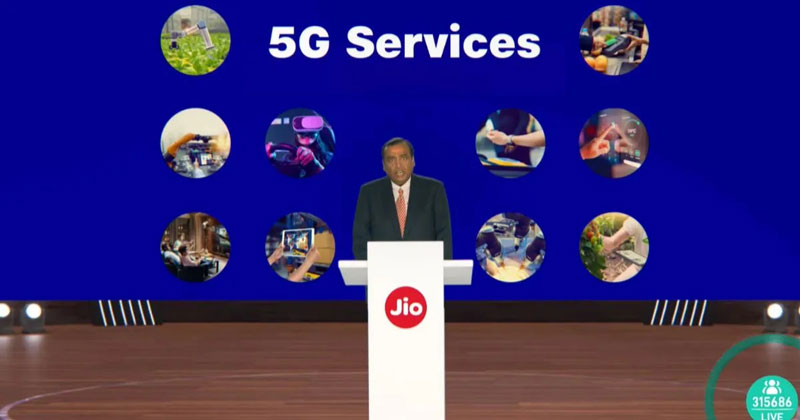 Reliance Industries Limited (RIL) has started its 45th Annual General Meeting (AGM) through video conferencing. Reliance's Chairman and Managing Director Mukesh Ambani is addressing shareholders around the world through the interactive 3D platform of the Metaverse (Facebook). Reliance has become the first company in the country to hold the Annual General Meeting (AGM) on this virtual reality platform. In this AGM, Mukesh Ambani can announce the roll-out of 5G, expansion of the retail sector, Reliance Jio and Reliance Retail's IPO announcement and handing over the business to the next generation.

The launch of Virtual PC has been announced at Reliance AGM. In this, consumers will not need to change laptop or PC year after year. Consumers will be able to take advantage of Jio Cloud PC without the hassle of speed. Akash Ambani, while stating the specialty of Jio Airfiber, said that in this people will get high speed broadband at home without any wire.

Mukesh Ambani remembered the nectar festival of independence two weeks ago. Praising Prime Minister Narendra Modi that he handled the country better during the Corona period.