The Agriculture Minister has invited Mahendra Singh Dhoni to be the brand ambassador of the state’s agriculture. He said that the son of the city is emphasizing on agriculture, and nothing is happier than that, adding that, "This reveals how dedicated he is to his hometown." 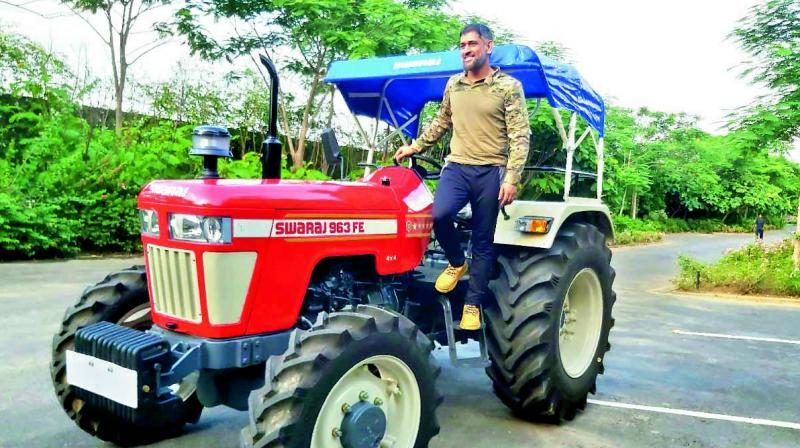 The Jharkhand government is going to give a big responsibility to Indian cricketing stalwart Mahendra Singh Dhoni, the former captain of the Indian cricket team. The agriculture department is set to make Dhoni the brand ambassador, even the Agriculture Minister has invited Dhoni to be the model ambassador of Jharkhand agriculture.

The Indian cricketer is known to be proud of his Jharkhand roots, he also takes an avid interest in farming, especially in his farmhouse in Jharkhand’s Ranchi.

He also informed the press, “Because the former cricket captain was born and raised in Jharkhand, the State has jurisdiction over him.” He also said, "We want Dhoni to become the brand ambassador of our agricultural products because he is loyal to the State."

Dhoni's entrance into agriculture, according to Patralekh, will be a big step forward and a source of inspiration for young people, showing that even highly educated people can choose agriculture as a profession.

The Agriculture minister went on to say, “It is truly commendable that Mahendra Singh Dhoni, considering his education and achievements, chose farming as his post-retirement career. Dhoni, who is a national hero and a source of pride for the state, might have easily chosen a different career path, but he preferred farming.”

The department has been directed to remove all the schemes by May. Patralekh said that the goal of making Birsa farmer is the priority of the department. At the same time, the vegetable market has been targeted to increase from 8 thousand to 20 thousand crores. In the review meeting, emphasis was laid on making a world class unique animal hospital.

In the fisheries department, a target of 2.38 lakh metric tons has been produced and 2.65 lakh metric tons of fish production is lakh. Soon 50 thousand litre capacity plants will be set up in Jamshedpur. Private cows’ insurance, crop relief scheme soon, 1 to 5 acres of deep pond scheme, promotion of bari culture, emphasis on urban farming, is in the Veterinary University pipeline.

The Agriculture Minister has invited Mahendra Singh Dhoni to be the brand ambassador of the state’s agriculture. He said that the son of the city is emphasizing on agriculture, and nothing is happier than that, adding that, "This reveals how dedicated he is to his hometown."