MP has reversed its order prohibiting the selling of soybean seeds

Senior agriculture officers in the Madhya Pradesh districts of Indore and Ujjain prohibited the transportation and selling of soybean seeds outside their districts in April. 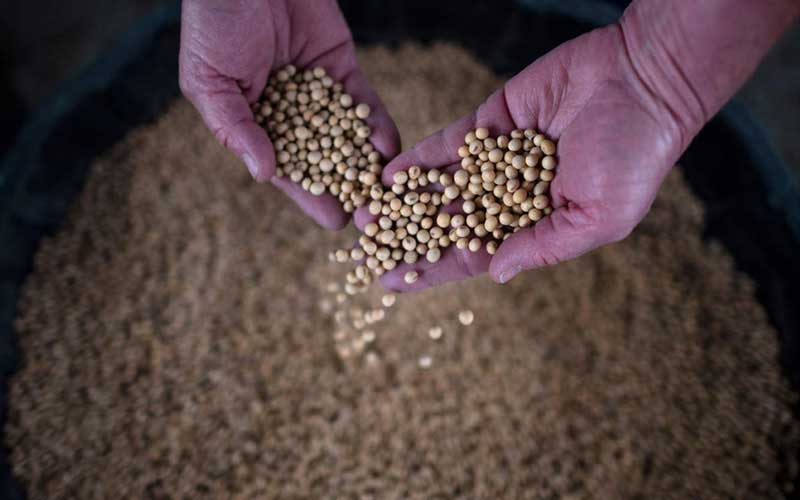 The Madhya Pradesh government has lifted its earlier ban on the selling and transport of soybean seeds outside the state, bringing relief to soybean farmers in Maharashtra. The Maharashtra agriculture department intervened against the order with the Union Agriculture Ministry, resulting in this order.

Senior agriculture officers in the Madhya Pradesh districts of Indore and Ujjain prohibited the transportation and selling of soybean seeds outside their districts in April. This decision had placed Maharashtra's seed producers in a bind, as 3-4 lakh quintals of seeds intended for the state were stuck in Madhya Pradesh.

Maharashtra is the country's second-largest soybean-producing state, after Madhya Pradesh. Farmers in this state, unlike their counterparts in Madhya Pradesh, do not reuse their seeds and instead purchase them from the market. At the start of the Kharif season, the state needs 33 lakh quintals of seeds. The above order was rescinded on May 4 after the state agriculture department intervened.

Soybean and cotton acreage is projected to exceed 40 lakh hectares in the coming Kharif, but the agriculture department has assured sufficient seed supply. According to Dilip Zende, director, quality control, Maharashtra Department of Agriculture, the state has 2 crore packets of cotton seeds versus 1.5 crore packets available in general. While the placement of seeds in village-level shops has been completed, sales of the seeds will begin on June 1.

“This is one of the state agriculture department's many-pronged approaches to preventing the spread of pink bollworm (PBW) infestation in the crop,” he said.

Given the high returns from soybeans, the state's soybean acreage is projected to reach 42-43 lakh hectares. The agriculture department had conducted a major drive among farmers to conserve and reuse their seeds ahead of the Kharif season.

Farmers have about 30 lakh quintals of seeds on hand, according to Zende, while the state's total seed supply is 40 lakh quintals. He said, "We do not expect any shortages during the season."

Companies buy raw seeds from farmers, process them, and then have agencies certify them before releasing them on the market.