Movie : 'Karthikeya 2' entered the club of 100 crores, the team celebrated the success of the film

Kartikeya 2 has been in constant discussion since its release. The film is doing great at the box office. People are liking to watch this movie. 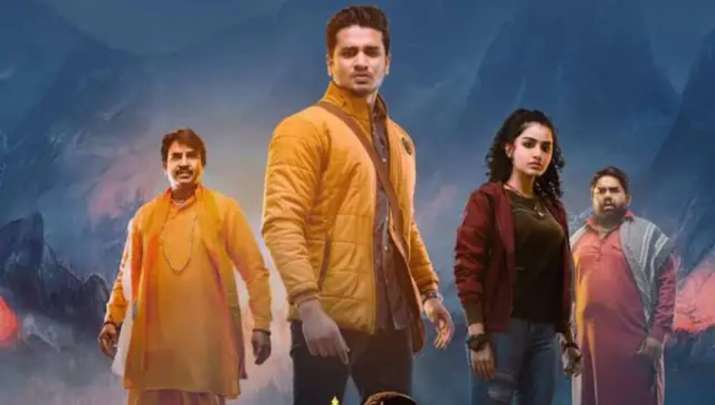 Kartikeya 2 has been in constant discussion since its release. The film is doing great at the box office. People are liking to watch this movie. It has been more than 15 days since the film was released. But the process of audience coming for the film continues continuously at the ticket window. Whoever is watching this film is just appreciating it. After getting good response from the people, everyone wants to see this film.

The film has benefited a lot over the weekend. According to the information received, the film has done a business of 4.20 crores on Sunday. This figure is almost three times compared to Friday. Let us tell you that there was a good increase in the business of the film even on the 15th day. Nikhil Siddharth and Anupama Parameswaran starrer 'Karthikeya 2' has entered the 100 crore club.

The film has crossed the 100 crore mark at the worldwide box office. Recently, the entire team of Kartikeya 2 was seen celebrating the success of the film among the masses at Kurnool exhibition ground. This low budget film has also defeated many other big films. This film was produced by Abhishek Agarwal, who made 'The Kashmir Files'.