Today as we celebrate Mother’s Day across the globe in our own way. Some by buying her something, some cooking and some by simply thanking for being mom to them, I am reminded of the incidences of some of the worst mothers I know of people known to me, or to the world. 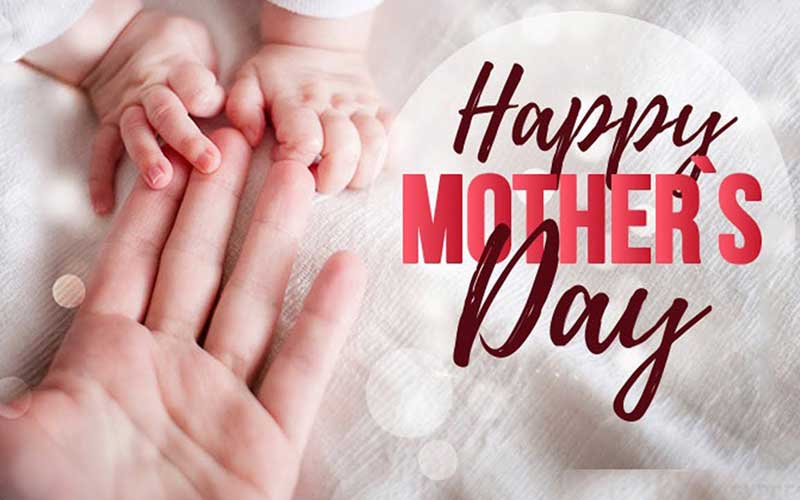 This article of mine may hurt many. Today as we celebrate Mother’s Day across the globe in our own way. Some by buying her something, some cooking and some by simply thanking for being mom to them, I am reminded of the incidences of some of the worst mothers I know of people known to me, or to the world.

This day makes me feel sorry for them, and also the fact that could the mothers be as cruel as they are defined? The answers I found was, and is, in affirmative. This is also a fact that such moms are not few and far between but quite many in numbers. And that’s why, psychologically they have had immensely bad impacts on their own kids, and of others who knew such women in person. In most cases, such women enjoyed a status by living for themselves, using/misusing their own children even if their children had their own children. But before their own moms, they were just pawns.

And the stories I am telling you are real. Few are known publically and few are of friends I know.

Let’s begin with a one I read and it belongs to a well-known heroine of the Hindi film Industry – the ever beautiful Sarika. The tailors and make-up persons of the Hindi filmworld when it was not called Bollywood used to swear by the beauty Sarika epitomised – for her “Ajanta-Elora” shaped body and “flawless skin” and perfect to the core, disposition – soft, suave, polite and professional.

Reportedly, in an all-time popular interview to a senior journalist, for a national weekly supplement, she was thrown into film world by her own mother for her father had left the kid and mother while she was almost in her diapers. Sarika was made to hunt for films as her mother would take her to different studios in search of work, instead of doing something on her own and feed the child.

The ugly story of a beautiful Sarika

Sarika used to work for several shifts as a baby in films, deprived of sleep and often food. She was quick to grab her lines and was a naturally-gifted actor. For lack of immensely available and good looking, smart child, the film world lapped her up and she started making fortunes – albeit for her mother. As she grew up to be a beautiful women, she lapped up more roles and eventually, her mother bought three houses and few cars in poshest of the Mumbai areas. Not only that, she was forever cruel to her and threw her out of her own house which was even reported once, since she wasn’t able to pay rent to her mother. Sarika, that night slept in her car thrown out by her own mother who had legally- written all her homes in her name, and made the kid Sarika sign on them.

Barely known to be protesting, slowly Sarika separated ways from her mom as she grew up. She eventually left all her houses and cars and moved to fend for herself. We saw the beautiful lady in Rahul Dholakia’s Parzania opposite Naseeruddin Shah, based on a true story of a Parsi child lost in the din of Gujarat genocide. This was her come back film in 2004.

Barely speaking behind her back except for just few rare interviews, the gorgeous Sarika now runs her own NGO and works in few tele-serials and films whenever she lands one.

Her story was known after a supplement carried it verbatim and Sarika had made compromises with her life.

A real story of a mother in Delhi shudders me. Devika (name changed on request), has never seen her mother love her. She always found her working mother love her brother more and even penning her property in his name who according to Devika, knows best ways to woo her and look helpless.

Devika, therefore was bred by her grand-mom, who she was an apple of eye of. Devika never knew her mother fondling her, cuddling her or buying her new clothes. she even counted chapatis she eats at her own home – her mayka. After her marriage, even a night’s stay at her mom’s home is an issue with her, who keeps on asking her if she plans to stay for long, and she shouldn’t, that when Devika has, unfortunately gotten into a home system where bahu’s are meant to just take care of the other family members and feed them with earned money and pay rent of the house. After her father’s death recently, Devika is more lonely, alone and has to fend for herself, while the mother is much more bothered about the house and its sales, and if her daughter will have to be paid a share too. Devika has forever been bereft of any emotional, physical or financial support of a mother she always took care of like her own child! Given to understand her mother has a medical condition too, but that condition, doesn’t prevent her from being absolutely street smart when it comes to making monetary decisions in favour of herself or her son.

For Devika, therefore Mother’s Day has never been an event. She often tells me, “I would love it to be a Grandmom’s Day though”.

Can we understand the pain of such love-less children ever?

Mothers' Day is often over rated. Some mothers make their own and other's children's life hell and scar them emotionally, forever. The phenomenon is common across the countries.

Her own mother–in-law, another mom, is known to have been using her own kids as pawn – as servant of the house and is never bothered about the children misbehaving with their wives and living with one woman after the other.

How do we categorise such mothers?

Another resident of Delhi, (name kept on request) has had her own horrible share of mom stories to tell – of her own and her mom-in-law’s. Some details are unbelievable. Her own mom asks her never to visit her after she married a man of her choice, and even after she told them details of how nastily she was treated by her mom-in-law, the answer was, “What can we do? You chose this family. You got to be with them. We have no place for you’.  Instead of standing for her. This is how a large part of Indian system of marriages too, works, since time immemorial.

How do we celebrate such mothers?

India stands with tall example of dowry deaths – which are executed by mothers, sisters and other family members. Even if we lie about our data, most of the dowry death cases, have been initiated by mothers – mothers of the sons who expect a fortune from the daughter of a different house.

The cases of mothers of sons, who leave no stone unturned in torturing their own-daughter-in laws for the simple reason that they can’t tolerate sharing of their own son with another women, are abound in India. This leads to a chain of new mothers, being incredibly bad to their mom-in-laws and willy-nilly teach their own daughters to be like themselves.

The chain goes on.

India had earned international shame by write ups that had highlighted how Rajasthan had witnessed female feticides by grannys of the house-hold. If unofficial reports are to be believed, nearly 2500 cases of female infanticide takes place in the state of Rajasthan every day. The female infanticide in the state has also imbalanced the child sex ratio. The sex ratio in Jaisalmer itself is alarming as there are less than 850 girls for every 1,000 boys. A couple of tele-serials especially in Na aana Is Des Laado, had jolted India into looking at this cause of mothers killing a female, both out of cruelty and want of a son by older generations, as well as a long-fed mental blocks.

These may sound like ordinary stories but these are the truths we live with, in almost all homes we know around us – in cities, hamlets or villages.

This write up is not to undermine loving moms.. But it does wish to tell the readers to look at the other side too and empathize with the silent sufferers. The mom who may have given you immense love, may have become a nightmare for the other women in her life. look around and ask yourself,

Can such women be really celebrated on this day?