Symptoms of monkeypox were found in the man. After collecting the patient's sample, it was sent to the National Institute of Virology, Pune for tests. 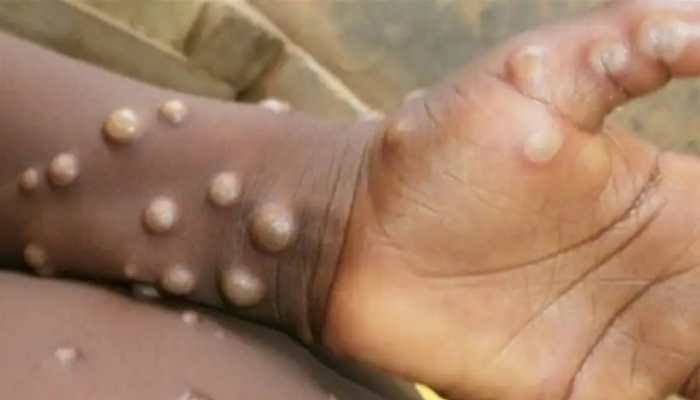 The first case of monkeypox has been confirmed in the country. The report of a person who returned from the United Arab Emirates has been found positive. He was admitted to a local hospital on his return to Kerala's capital Thiruvananthapuram.

The administration has become alert after receiving a case of monkeypox in Kerala. The Union Health Ministry will deploy a multi-disciplinary central team to investigate the virus outbreak and assist the Kerala government in setting up necessary health measures.

Kerala Health Minister Veena George confirmed the monkeypox case and said, 'One monkeypox positive case has been found. The patient has returned from UAE. He came to Kerala on 12 July. He reached Trivandrum airport and all steps are being taken as per the guidelines issued by WHO- ICMR.

Monkeypox is a rare disease caused by infection with the monkeypox virus. Monkeypox virus belongs to the orthopoxvirus genus in the Poxviridae family. The orthopoxvirus genus also includes the variola virus (which causes smallpox), vaccinia virus (used in the smallpox vaccine), and cowpox virus. The symptoms of monkeypox in humans are similar to those of chickenpox but mild and begin 7–14 days after infection with fever, headache, muscle aches, and tiredness. Common symptoms include fever, chills, headache, muscle aches, fatigue, and swollen lymph glands.