Mohan Bhagwat States, "Anyone Who Claims Muslims Should Not Live In India Is Not A Hindu."

Bhagwat, speaking at a book launch event hosted by the Muslim Rashtriya Manch, the RSS's Muslim arm, said the Sangh has always believed that India's DNA is the same and that Hindus and Muslims are one entity. 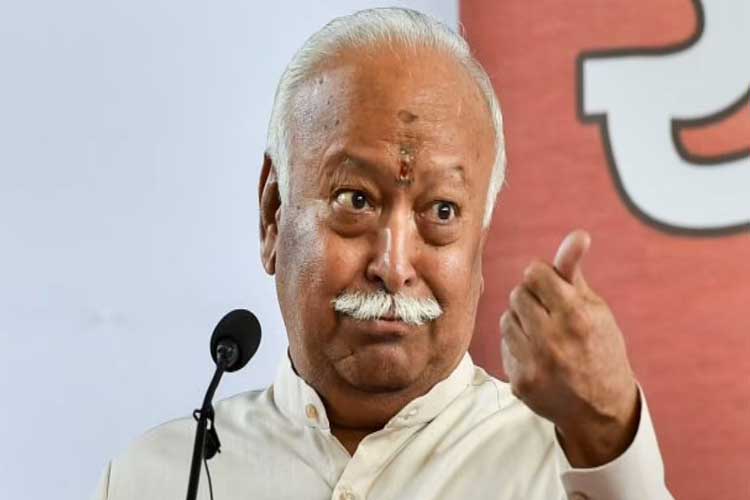 Mohan Bhagwat, the chief of the Rashtriya Swayamsevak Sangh, said on Sunday that the concept of Hindu-Muslim unity is misleading because they are not different. At a gathering hosted by the Muslim Rashtriya Manch, the RSS's Muslim wing, Bhagwat stated that neither Hindus nor Muslims can ever have power. "There can only be Indian dominance," Bhagwat stated.

Those who engage in lynching are opposed to Hindutva, according to the RSS chief, but he also noted that some bogus allegations of lynching have been filed against people.

Muslims are not under danger in India, according to Bhagwat, because growth is impossible without national unity, and togetherness requires discussion rather than conflict. "Don't get caught up in the fear that Islam is in jeopardy in India," he advised.

Because his message from the Muslim wing of the Sangh may appear to be an attempt at image makeover, the Sangh president opened his talk by stating that he does not require an image makeover or votes. "Sangh continues to work to strengthen the nation and to benefit all members of society," Mohan Bhagwat said.

In the wake of reported cow vigilante violence against minorities, Bhagwat stressed that while cows are revered in India, violence in the name of cow protection cannot be tolerated.

A day after RSS president Mohan Bhagwat claimed that all Indians have the same DNA, senior Congress politician Digvijaya Singh said on Monday that if Bhagwat is serious about his statements, he should order that all BJP leaders who "harassed" innocent Muslims be fired.