The trailer offers a small world of the film in itself. Kriti Sanon plays a confident and bold girl in Rajasthan who agrees to be a surrogate for a foreigner couple and the complications that will follow. 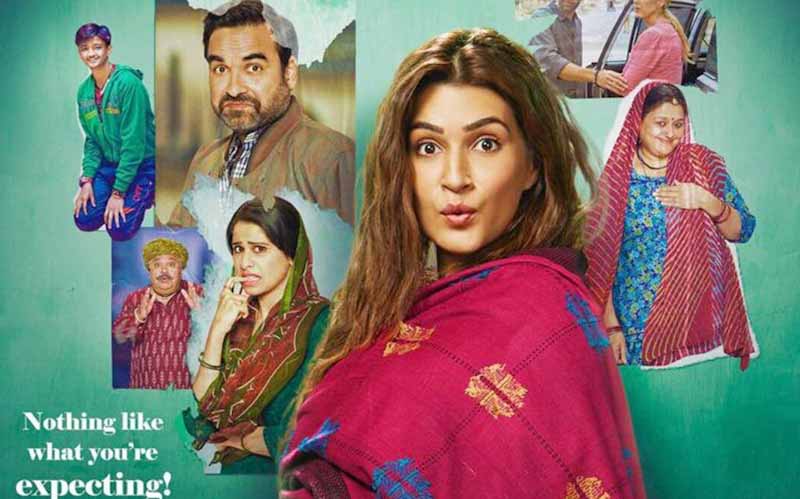 After hit comedy Lukka Chhuppi, director Laxman Utekar and producer Dinesh Vijan have come together for another film with Kriti Sanon as the protagonist. The trailer of Mimi was just released on Tuesday showing surrogacy in Small Indian India as a central theme.

In a film appreciation class, I once learnt that if you want to throw light on serious issues, humor may be the best method as it engages the audience without worrying a lot over content matter. This holds true when emerging Bollywood dramedies set against Small town India talk about issues ranging from live in relationships, erectile dysfunction, premature balding and homosexuality among others.

The trailer offers a small world of the film in itself. Kriti Sanon plays a confident and bold girl in Rajasthan who agrees to be a surrogate for a foreigner couple and the complications that will follow. Pankaj Tripathi is seen as the middleman whose presence brings a pleasant comic relief to intense scenes. Their camaraderie together in Bareily in Barfi was appreciated by fans.

It combines bits of family, female friendships, religion, motherhood and the confusions a concept as delicate as surrogacy may invite in a small town. Moreover, a display of a talented ensemble cast including Supriya Pathak, Sai Tamhankar and Manoj Pahwa makes it promising.

The latter half shows intense scenes with Kriti running along the streets in a full pregnancy. The actress who has shown potential with films such as Bareily Ki Barfi while talking about her role said , “It’s not preachy or serious. It’s a very entertaining film, filled with humour, and a lot of ups and downs. There’s a beautiful graph of the woman I am playing, Mimi, where she wants to be an actress.”