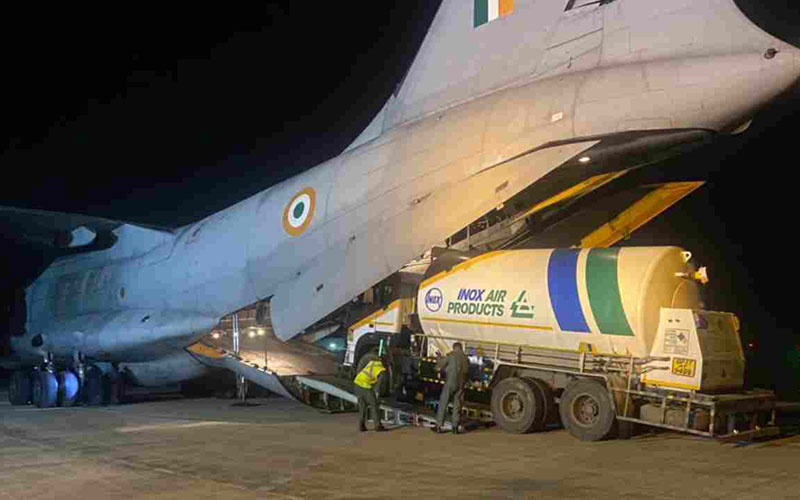 Amit Shah, the Union Home Minister, assessed the COVID-19 situation in the country on Friday, amid reports of oxygen shortages in hospitals around the country. Following a study of the situation, Shah has ordered several actions to increase the availability of oxygen for medical purposes.

The Centre is in discussions with Singapore and the UAE to import high-capacity oxygen-carrying tankers and has ordered states to reopen closed oxygen plants to supplement demand.

In separate letters, the Centre instructed that all states compile a list of oxygen producers in their jurisdictions and order them to ensure that oxygen is supplied and transported in areas where it is required.

Ajay Bhalla, Union Home Secretary in his letter to Chief Secretaries wrote, "I would like to request you to have all such facilities mapped immediately. For this, District Collectors or Deputy Commissioners should be asked to list all the plants in which different types of oxygen is generated, including the ones that can be bottled in cylinders, along with the installed capacity."

A statement released by the ministry read that the IAF has started transporting empty tankers after delivery of oxygen to destination states and UTs to oxygen producing locations to reduce movement time.

The home ministry has also taken measures to make additional oxygen tankers eligible for the transportation of oxygen. Transport planes from the Indian Air Force have been sent to arrange the lifting of high-capacity tankers from Singapore and the United Arab Emirates.

According to the statement, a home ministry expert group is now optimising and rationalising the distribution of oxygen to different states and union territories, bearing active cases in mind and reducing the time for medical oxygen movement.