The Delhi Police smelled foul and had been actively looking for the criminals involved. Multiple Police Teams were launched to collect and scan CCTV footages from the nearby areas. The police identified a photo from the footage and circulated it all around the city. 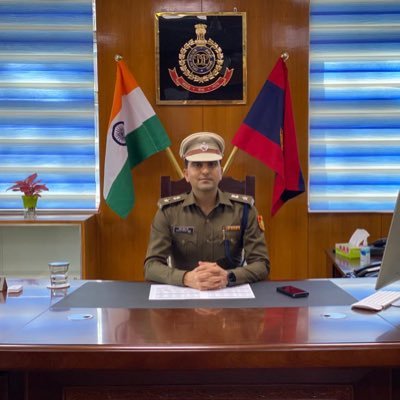 On 26-09-21 at around 00.56 AM, a PCR Call regarding firing incident was received at PS Dayalpur. Immediately police team reached the spot and found that one person injured by gunshot had been taken to Jag Pravesh Chandra Hospital by the family members. On reaching the hospital it was revealed that the injured Mehboob S/o Lukman Hagim R/o Gali No. 1 Chand Bagh, Age 40 years was declared brought dead by doctors. Wife of the deceased in her statement raised suspicion on a person known as ‘Taitu’. Accordingly, on her statement a case vide FIR No. 482/21 dated 26.0.21 u/s 302/34 IPC, PS Dayalpur, Delhi was registered and investigation was taken up. Sensing the gravity of the incident AATS/NED was assigned to help police station team in nabbing the criminals. Technical surveillance as well as manual sources was deployed to identify and arrest the accused. Multiple Police teams were launched to collect & scan CCTV Footages from the nearby vicinity and analyzed Call Details. In one of the CCTV footage police team got the clue and zeroed in on a person with the same configuration. His photos were circulated in different groups for identification. On the basis of secret information a trap was laid and on the instance of informer two persons were trapped near Brijpuri Pulia. During cursory search a Revolver loaded with 03 live Cartridges and 02 empty cartridges were recovered from their possession. Their identity was established as Rahul Sharma S/o Vikram Sharma R/o Krishna Nagar Radhapuri, Delhi, age 24 years and Sahil Bakhla @ Eshu S/o God Son R/o Gali No. 8, Karawal Nagar, Delhi, age 21years.Accordingly, they were arrested.

During the course of interrogation Rahul Sharma revealed that he used to work as a private Body Guard for a person, the revolver is licensed and belongs to him.They further disclosed that they both are drug addict and the deceased earlier used to sell drugs in the area of TRONICA CITY, Ghaziabad, UP, they were his regular customer. He had barrowed Rs. 300,000/- from them as loan. Now he quietly shifted his base from TRONICA CITY, Ghaziabad, UP and was hiding in the Chand Bagh area. He was neither supplying them the drug nor returning their amount taken as loan. On 26.09.21 they reached his house and demanded their money back on which a heated argument took place and Rahul Sharma shot at him and fled the spot. PROFILE OF THE ACCUSED PERSONS