The statement said, “The messages sent by the accused and the woman to each other on WhatsApp clearly show that the accused got the clothes and bags cleaned on November 28 itself and sent them to her on November 30.” 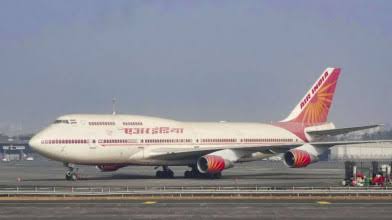 Shankar Mishra, the man who misbehaved with a woman in an Air India flight, was arrested by the police on Saturday. Delhi Police has arrested the accused Shankar Mishra from Bengaluru. According to the information given by the police, the accused is being brought from Bengaluru to Delhi and the investigation of the case is going on. Earlier, his company had taken major action against Shankar Mishra, who urinated on a woman in Air India's New York-Delhi flight. The accused used to work in Wells Fargo in a multinational company, after which his company has now fired him. The company issued a statement saying that it regretted the incident.

Accused Shankar Mishra on Friday shared some of the woman's messages, claiming that she had forgiven the alleged act and had no intention of lodging a complaint. Mishra's counsel claimed that his client had paid Rs 15,000 as compensation to the victim, which was later returned by the victim's family. At the same time, Shankar Mishra's father claimed on Friday that the allegations against his son were 'completely false'. He said, 'My son had food and slept during the flight. He is 34 years old and I don't think he can do something like this. He has a wife and a daughter.